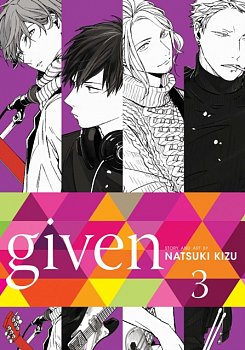 Uenoyama realizes he's in love with Mafuyu and steals a kiss from him backstage at their first live performance. But now he's even more confused--he hasn't shared his feelings with Mafuyu and has no idea how Mafuyu feels about him. In contrast to their naive romance, Haruki has been harboring a secret desire for bandmate Akihiko, who's already entangled in an intense, conflicted relationship with someone else.