Home » Manga » Game: Between the Suits 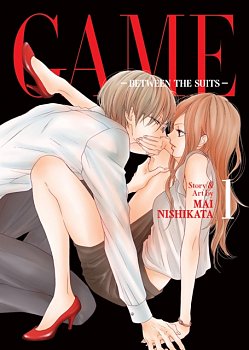 Game: Between the Suits Vol. 1 (manga)

Fujii Sayo has worked hard to climb the ranks at her firm, and she won't let anything stand in her way - even if it costs her lover after lover. Enter her new colleague: Kiriyama Ryouichi. He's obedient enough in the boardroom, but in private, he's challenging and flirtatious - he wants her and he isn't afraid to show it.

After falling into bed with him once and insisting it won't happen again, Ryouichi has an assertion of his own: she'll give in. The two agree to an affair that will only last until Sayo finds someone more suitable to her station and temperament, but Ryouichi is confident he'll win against any other man. Thus begins a sizzling game of push and pull that will set their office alight!