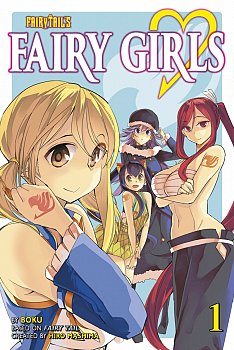 FAIRY TAIL's BETTER HALF In the kingdom of Fiore, wizards are commonplace, but the powerful women of Fairy Tail are each of a kind! And after fighting their way to the top at the Grand Magic Games, Lucy, Erza, Wendy, and Juvia deserve a vacation. The wizards slip out of the victory celebration to do some sightseeing as a foursome, but where Fairy Tail goes, trouble's never far behind, and soon they find themselves caught up in yet another chaotic bout of spellslinging...with the fate of Fiore in the balance!