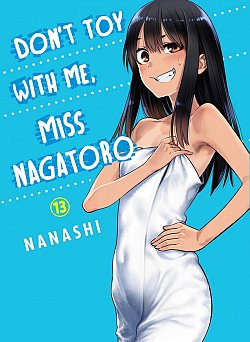 A new rival enters the scene in the form of Shikki, one of the girls on Nagatoro’s Judo team. Shikki proves to be a formidable opponent on the mat, but she also becomes a handful of trouble (and other things) for Nagatoro and Senpai when she discovers them both in the wrong place at the wrong time. Now, Senpai stands to be on the receiving end of a visual assault like no other, but does Nagatoro have what it takes to save him (and his virtue)?