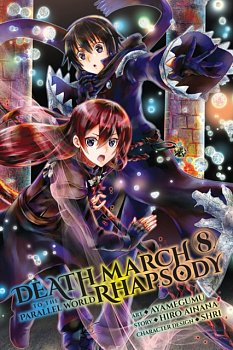 Entering a territory marred by past tragedies (including attacks by Zen the Undead King), Satou faces new challenges. He'll have to charge on through, but the obstacles are many-including monsters, brigands, and even a fortress under attack by a fierce hydra! Where will Satou's path take him in this unfamiliar land?