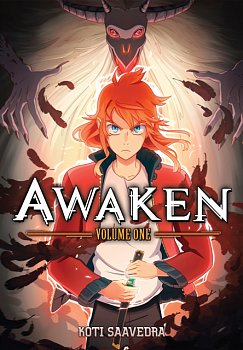 Piras, the spoiled son of a military hero, dreams of becoming a Knight for the Nova Empire–until the day he literally crashes into a mysterious woman on the street and his life is turned upside down. Rescued by a shadowy group from a monstrous creature, Piras is mesmerized by the strange new power that flows through him—only to learn that the Empire will hunt him down for it. It’s the end of his charmed life and the start of a new quest for the truth behind the Nova Empire and the people it labels enemies. This action-packed, full-color webcomic is now a graphic novel!