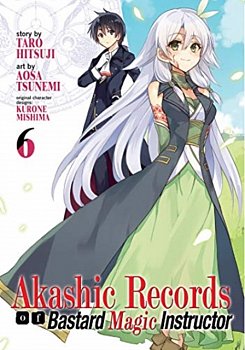 The class field trip maybe took a small turn for the worse: an evil secret society kidnapped one of Glenn's students! After narrowly dodging his own death, Glenn's got no choice but to team up with his old war buddy Albert to take down the bad guys. It won't be easy. Sword prodigy Re=L Rayford has joined the kidnappers, and Glenn's not the sort to give up on a student-not even when they're trying to kill him. One magic teacher against a shadowy group with the power to bring the dead to life? Just another day at the office.