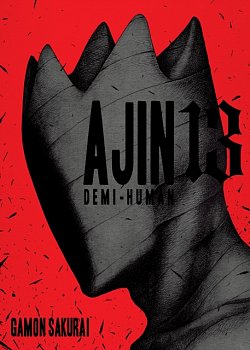 One of the top-selling manga in Japan today, with the first four volumes having sold more than 2,300,000 units since March 2013, now hits North American shores. AJIN combines super-natural themes with sci-fi action for a very modern high-paced yarn that should compete with most popular current manga and comic titles.

How might one silence a nationís command structure in just two hours? By being devious and undying, for starters-and taking over Japan is exactly what Sato threatens for his "final wave," now that Iruma Base has fallen to his merry gang. Goodbye, Prime Minister.