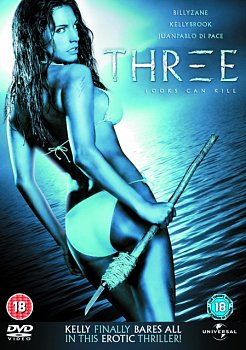 Livrare estimata pentru 17 Jul - 27 Jul
Adauga in cos
Adauga in Wishlist
Descriere: Acest film nu are subtitrare in limba romana.
Thriller starring Billy Zane and Kelly Brook. When wealthy Texas businessman Jack (Zane) takes a trip in his private yacht to the South Seas with his trophy wife Jennifer (Brook), it seems that the couple's happiness is complete. However, when the yacht capsizes Jennifer and hired hand Manuel (Juan Pablo Di Pace) barely make it alive to shore. Upon discovering themselves deserted on the tropical island, the two endeavour to set up camp but it's not long before their animal attractions overwhelm them. When Jack washes up alive on the same beach some time later, the trio must survive not only the elements but each other as tensions turn deadly.
Din aceeasi serie:
Thick As Thieves 2008 DVD Thief DVD This Game's Called Murder 2021 DVD This Is Personal - Hunt For The Yorkshire Ripper DVD Thoroughbreds DVD Three Steps In The Dark DVD Ticking Clock DVD Tiger House 2015 DVD Tightrope Blu-Ray To Catch A Thief DVD