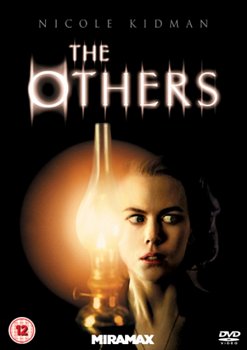 Livrare estimata pentru 20 Dec - 30 Dec
Adauga in cos
Adauga in Wishlist
Descriere: Acest film nu are subtitrare in limba romana.
Alejandro Amenábar writes and directs this psychological horror starring Nicole Kidman. In 1945, Grace (Kidman) lives in semi-seclusion on a remote island with her two children, awaiting her husband's return from the war. Both children suffer from a rare form of photosensitivity which renders them open to harm from natural light. Thus, the trio live in almost perpetual darkness within the house, according to a harsh but life-preserving set of rules that their mother has designed for them. When looking after the children by herself proves too much, Grace hires three rather mysterious servants. Suddenly there seems to be more to the old house than Grace had previously sensed and a chilling descent into fear and paranoia begins.
Din aceeasi serie:
The Number 23 Blu-Ray The Octagon DVD The Ones Below DVD The Open Door DVD The Operative 2019 DVD The Outfit 2022 Blu-ray The Outfit 2022 Blu-ray / 4K Ultra HD + Blu-ray The Paperboy DVD The Passage DVD The Pelican Brief Blu-Ray