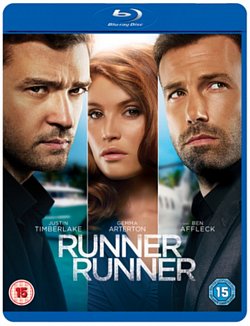 Livrare estimata pentru 09 Jun - 19 Jun
Adauga in cos
Adauga in Wishlist
Descriere: Acest film nu are subtitrare in limba romana.
A young college graduate faces some difficult choices in this thriller set in the world of online gambling. When Ritchie (Justin Timberlake) is cheated out of the money he had earmarked for his tuition fees on an online poker game, he sets out for Costa Rica to confront the site's owner, ruthless gambling tycoon Ivan Block (Ben Affleck). It's not long, however, before Ritchie, seduced by the promise of untold wealth and status, is lured into becoming Ivan's protégé and right-hand man. But when the FBI, in the shape of hard-bitten agent Shavers (Anthony Mackie), pressures him into helping to bring Ivan's empire down, Ritchie finds himself between a rock and a hard place, forcing him to use all of his wits and cunning to stay alive.
Din aceeasi serie:
Rome Express Blu-Ray Rome Express DVD Roxxy DVD Run All Night Blu-Ray DVD Run All Night DVD Running Scared DVD S. Darko/Donnie Darko 2009 DVD S.W.A.T. 2003 Blu-ray Sabotage Blu-Ray Saboteur Blu-Ray