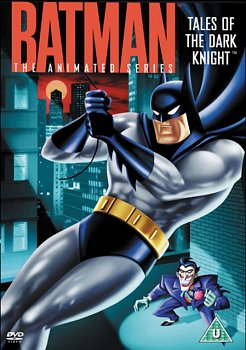 Livrare estimata pentru 08 Jun - 18 Jun
Adauga in cos
Adauga in Wishlist
Descriere: Acest film nu are subtitrare in limba romana.
Four more animated adventures from the caped crusader of Gotham City. In 'The Underdwellers', Batman stumbles onto a gang of child runaways living in the Gotham City sewers, led by a madman who forces them into a life of crime. 'P.O.V.' sees Bullock, Montoya and a rookie cop Wilkes being questioned by Internal Affairs after a botched sting operation. When their stories don't match up, they are all suspended, but Montoya, eager to clear her name, enlists Batman's help to crack the case. In 'The Forgotten', Bruce Wayne goes undercover as lowlife Gaff Morgan to infiltrate a camp of kidnapped homeless people. But he is assaulted by a gang of men, giving him temporary amnesia, and ends up being forced to work with other kidnapped men in a brutal and remote mining camp. Thankfully, his memory returns and he is able to escape, transforming into Batman and defeating his captors. Mayor Hill's son feels overlooked in 'Be A Clown' when his father throws an elaborate birthday party for him that is more a political media event than a real celebration. The Joker takes advantage of the boy's vulnerability, befriending him and trying to use him to trap Batman - but Batman defeats the Joker and returns the boy to his father, who realises how neglectful he has been.
Din aceeasi serie:
Avatar - The Last Airbender - The Complete Book 1 Collection 2005 DVD / Box Set Avengers - Earths Mightiest Heroes - Volume 1 DVD Avengers - Earths Mightiest Heroes - Volumes 1 to 8 DVD Batman - Heroes And Villains DVD Batman - Mask Of The Phantasm DVD Batman - The Brave and the Bold: Volume 1 2008 DVD Batman - The Brave and the Bold: Volume 2 2009 DVD Batman - The Brave and the Bold: Volume 3 2009 DVD Batman: Death in the Family 2020 Blu-ray Be Cool Scooby Doo Season 1 - Volume 1 DVD