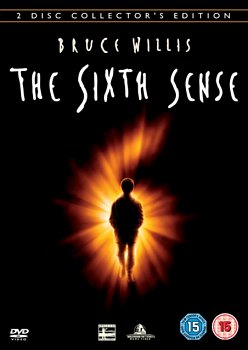 Livrare estimata pentru 17 Jul - 27 Jul
Adauga in cos
Adauga in Wishlist
Descriere: Acest film nu are subtitrare in limba romana.
Child psychologist Malcolm Crowe (Bruce Willis) is shot by a former patient, who then kills himself. Feeling responsible for the death, Crowe sees a chance to assuage his guilt by helping the troubled young Cole Sear (Haley Joel Osment), who claims to be haunted by ghosts. As the bond between the doctor and his charge grows, Crowe becomes more and more estranged from his wife, who he suspects of having an affair. This psychological drama features one of Hollywood's most celebrated twist endings.
Din aceeasi serie:
The Quiet Hour DVD The Rendlesham UFO Incident DVD The Returned DVD The Rift DVD The Running Man 1987 Blu-ray The Sixth Sense Blu-Ray The Sixth Sense DVD The Stand DVD The Terminator Blu-Ray The Terminator DVD