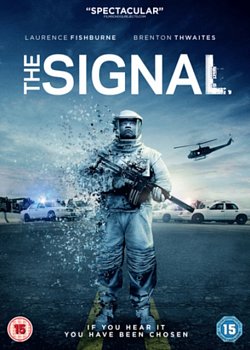 Livrare estimata pentru 10 Feb - 20 Feb
Adauga in cos
Adauga in Wishlist
Descriere: Acest film nu are subtitrare in limba romana.
Sci-fi thriller written and directed by William Eubank. Three friends have their road trip cut short when they receive mysterious communications from a hacker known as NOMAD who claims to be responsible for their near expulsion from M.I.T. Nic (Brenton Thwaites), Hayley (Olivia Cooke) and Jonah (Beau Knapp) pursue the hacker's signal and track him down to an old abandoned house near the Arizona desert. Once there however, the trio are unable to find anything and all unexplainably blackout, only to wake up in a seemingly underground research facility. Once inside, the friends must fight to find where the others are being kept and solve the reason behind their capture whilst trying to find a way out of their prison.
Din aceeasi serie:
The Rift DVD The Running Man 1987 Blu-ray The Running Man 1987 Blu-ray / 4K Ultra HD The Running Man 1987 Blu-ray / 4K Ultra HD (35th Anniversary Steelbook) The Sacred Spirit 2021 Blu-ray / Limited Edition The Sixth Sense 1999 DVD / Collector's Edition The Sixth Sense Blu-Ray The Sixth Sense DVD The Stand DVD The Terminator Blu-Ray