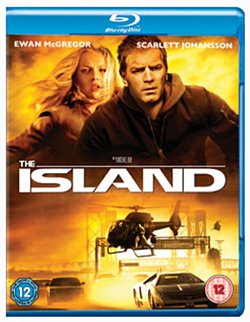 Livrare estimata pentru 10 Feb - 20 Feb
Adauga in cos
Adauga in Wishlist
Descriere: Acest film nu are subtitrare in limba romana.
Thriller starring Ewan McGregor and Scarlett Johansson. Lincoln Six-Echo (McGregor) and Jordan Two-Delta (Johansson) are among hundreds of residents of a contained facility in the mid-21st century. Like all of the inhabitants of this carefully controlled environment, everything about their day-to-day lives is monitored, seemingly for their own good. The only way out is to be chosen to go to The Island, reportedly the last uncontaminated spot in the world. Recently plagued by unexplained nightmares, Lincoln is restless and increasingly questioning of the restrictions placed on his life. But he is unprepared for the truth when his growing curiosity leads to the terrible discovery that everything about his existence is a lie, that The Island is a cruel hoax, and that he, Jordan and everyone they know are actually more valuable dead than alive.
Din aceeasi serie:
The Hybrid DVD The Incredible Shrinking Man Blu-Ray The Invasion 2007 Blu-ray The Invasion DVD The Invisible Man Blu-Ray The Island DVD The Langoliers DVD The Last Battle DVD The Last Days On Mars Blu-Ray The Last Days On Mars DVD