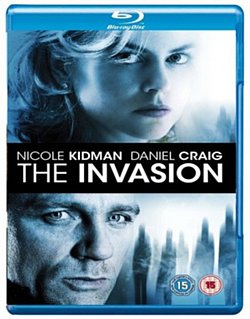 Anunta-ma cand pot comanda
Adauga in Wishlist
Descriere: Acest film nu are subtitrare in limba romana.
Thriller starring Nicole Kidman and Daniel Craig. The mysterious crash of a space shuttle leads to the terrifying discovery that there is something alien within the wreckage. Those who come in contact with it are changing in ominous and inexplicable ways. Soon Washington D.C. psychiatrist Carol Bennell (Kidman) and her colleague Ben Driscoll (Craig) learn the shocking truth about the growing extraterrestrial epidemic: it attacks its victims while they sleep, leaving them physically unchanged but strangely unfeeling and inhuman. As the infection spreads, more and more people are altered and it becomes impossible to know who can be trusted. Now Carol's only hope is to stay awake long enough to find her young son, who may hold the key to stopping the devastating invasion.
Din aceeasi serie:
The Host Blu-Ray The Host DVD The Human Race DVD The Hybrid DVD The Incredible Shrinking Man Blu-Ray The Invasion DVD The Invisible Man Blu-Ray The Island Blu-Ray The Island DVD The Langoliers DVD