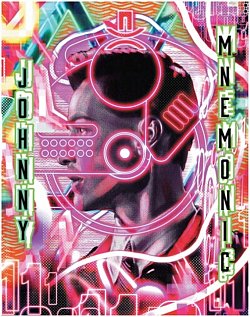 Livrare estimata pentru 10 Jun - 20 Jun
Adauga in cos
Adauga in Wishlist
Descriere: Acest film nu are subtitrare in limba romana.
Sci-fi drama written by William Gibson, based on his short story. In the 21st century the information superhighway has developed so far that cyberspace is the norm for all business and personal dealings. Information has become so important that to shield the most delicate files from hackers, the data is transported in the heads of Mnemonic couriers. Johnny (Keanu Reeves) is the best, but this time the raw data he carries is so sensitive that he is being pursued by many interested parties and he must deliver it before he dies from the burden or is killed.
Din aceeasi serie:
Jiu Jitsu 2020 Blu-ray Jiu Jitsu 2020 DVD John Carpenters - Ghosts Of Mars DVD John Carter Blu-Ray John Carter DVD Jupiter Ascending 4K Ultra HD Jupiter Ascending Blu-Ray Jupiter Ascending DVD Jurassic Expedition 2018 DVD Kill Command DVD