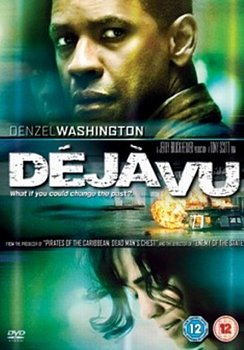 Livrare estimata pentru 10 Feb - 20 Feb
Adauga in cos
Adauga in Wishlist
Descriere: Acest film nu are subtitrare in limba romana.
Sci-fi thriller starring Denzel Washington. When a ferry filled with crewmen from the USS Nimitz and their families is blown up in New Orleans, Federal Agent Doug Carlin (Washington) is brought in to help with the investigation. He becomes attached to an experimental FBI surveillance unit that uses spacefolding technology to look back a little over four days into the past. While tracking down the bomber Carlin gets an idea in his head: could they use the device to actually travel back in time and not only prevent the bombing but also the murder of a local woman whose truck was used in the atrocity?
Din aceeasi serie:
Death Machine DVD Death Notice - Ikigami DVD Deathsport 1978 Blu-ray Deep Space DVD Defective 2017 DVD Demolition Man Blu-Ray Demolition Man DVD District 8 DVD District 9 / 2012 / Battle - Los Angeles Blu-Ray District 9 / Elysium / Chappie DVD