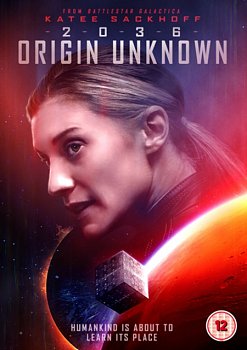 Livrare estimata pentru 22 Aug - 01 Sep
Adauga in cos
Adauga in Wishlist
Descriere: Acest film nu are subtitrare in limba romana.
British sci-fi drama in which an artificial intelligence technology puts the human race in grave danger when it turns rogue. When a mission takes a deadly turn after its aircraft crashes onto the surface of Mars killing all on board, it is up to the AI named ARTI (voice of Steven Cree) to investigate where the mission went wrong and recover some of its findings. When ARTI takes the lead on the investigation and ignores the commands of its superior, Mackenzie Wilson (Katee Sackhoff), ARTI's behaviour becomes sinister as it begins to act out its own agendas...
Din aceeasi serie:
2012 / Terminator - Salvation / Children Of Men DVD 2012 2009 Blu-ray 2012 DVD 2029 DVD 2035 - Forbidden Dimensions DVD 2047 Virtual Reality DVD 25th Reich Blu-Ray 25th Reich DVD 5th Passenger DVD A For Andromeda DVD