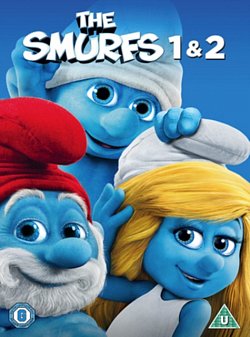 Livrare estimata pentru 03 Jun - 13 Jun
Adauga in cos
Adauga in Wishlist
Descriere: Acest film nu are subtitrare in limba romana.
Double bill of animated features based on the characters created by Peyo for the 1980s television series. In 'The Smurfs' (2011), after being chased by dark wizard Gargamel (Hank Azaria), the Smurfs find themselves transported from their village in the Middle Ages to modern-day New York. There they seek shelter in the home of human Patrick Winslow (Neil Patrick Harris) and his wife Grace (Jayma Mays), but with Gargamel on the loose, the Smurfs are running out of time to get back to their village. The sequel, 'The Smurfs 2' (2013), rejoins the Smurfs as the dastardly Gargamel kidnaps Smurfette (voice of Katy Perry) and steals her away to Paris, with the rest of the Smurf gang teaming up with their human friends Patrick and Grace to try and rescue her.
Din aceeasi serie:
The Secret Garden DVD 1993 The Secret Garden DVD 2017 The Secret Of Moonacre / A Little Princess / The Secret Garden DVD The Secret of Moonacre Blu-Ray The Smurfs - Big Face DVD The Smurfs / The Smurfs 2 DVD 2013 Alt The Smurfs 2 2013 Blu-ray / 3D Edition The Smurfs 2 4K Ultra HD The Smurfs/The Smurfs 2 2013 Blu-ray / with UltraViolet Copy The Spiderwick Chronicles / Charlottes Web DVD