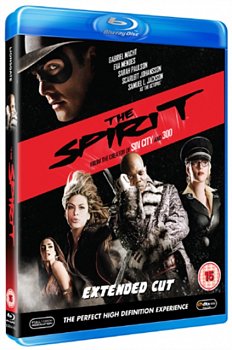 Livrare estimata pentru 26 Aug - 05 Sep
Adauga in cos
Adauga in Wishlist
Descriere: Acest film nu are subtitrare in limba romana.
Mega-budget action adventure based on the comic strip by Will Eisner. Gabriel Macht stars as Denny Colt, the former rookie cop who returns from the dead as The Spirit, a mysterious hero whose mission is to fight crime from the shadows of Central City. His nemesis is the equally elusive Octopus (Samuel L. Jackson), who plans to wipe out the entire city in his relentless quest for immortality and immediately kills anyone who has the misfortune to glimpse his face. As The Spirit pursues this cold-hearted killer, he finds himself becoming a magnet to a collection of beautiful women (played by Scarlett Johansson, Eva Mendes and Jaime King), all of whom have their own reasons for wanting to get close to him - whether it be to seduce him, love him or kill him.
Din aceeasi serie:
The Shape Of Water Blu-Ray The Shape Of Water DVD The Sorcerers Apprentice Blu-Ray The Sorcerers Apprentice DVD The Spirit 2008 DVD The Suicide Squad 2021 Blu-ray The Suicide Squad 2021 Blu-ray / 4K Ultra HD + Blu-ray The Suicide Squad 2021 DVD The Tempest DVD The Thief Of Bagdad Blu-Ray