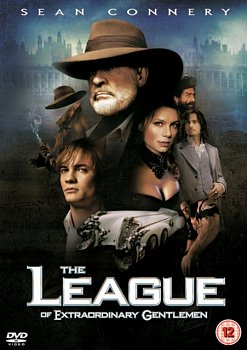 Livrare estimata pentru 11 Jun - 21 Jun
Adauga in cos
Adauga in Wishlist
Descriere: Acest film nu are subtitrare in limba romana.
British adventure drama in which several literary characters from the Victorian era set out to prevent the Fantom (Richard Roxburgh) from beginning a world war. It is 1899 and Allan Quatermain (Sean Connery) is summoned from Africa by the British government to head a team of men with extraordinary abilities. The team includes: Dr Jekyll (Jason Flemyng), Dorian Gray (Stuart Townsend), Captain Nemo (Naseeruddin Shah), vampire Mina Harker (Peta Wilson), Tom Sawyer (Shane West) and invisible man Rodney Skinner (Tony Curran), and together they form The League. Their assignment is to track down the infamous Fantom, but the catch is that they only have nine hours before he plans to sabotage the peace conference in Vienna. Will they work as a team and complete the mission or will their egos get in the way?
Din aceeasi serie:
The Last Sharknado - It's About Time 2018 DVD The Last Witch Hunter Blu-Ray The Last Witch Hunter DVD The League of Extraordinary Gentlemen 2003 DVD / Special Edition The League of Extraordinary Gentlemen 2003 DVD / Special Edition Alt The Legend Of Hercules Blu-Ray The Legend Of Hercules DVD The Legend Of Tarzan 4K Ultra HD The Legend Of Tarzan Blu-Ray The Legend Of Tarzan DVD