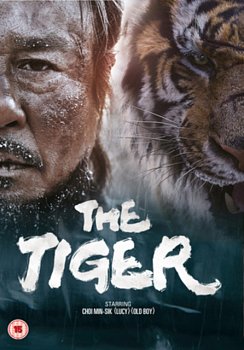 Livrare estimata pentru 24 Aug - 03 Sep
Adauga in cos
Adauga in Wishlist
Descriere: Acest film nu are subtitrare in limba romana.
South Korean drama in which a Japanese governor-general overseeing the occupation of Korea in 1925 becomes obsessed with acquiring the pelt of the last remaining tiger in Korea. A legendary old hunter, Chun Man-duk (Min-sik Choi), refuses requests to join the group of Korean hunters who are attempting to capture the tiger and deliver it to the governor-general to claim a reward. It becomes apparent that Man-duk once saved this tiger as a cub, after its mother was fatally injured by a junior hunter when she attacked Man-duk. The junior hunter wanted to kill the remaining cubs, but Man-duk convinces him to leave them to survive on their own, before secretly taking them to safety. Following a tragic accident and with the Japanese army closing in on the tiger, Man-duk succumbs to his own desires to end the battle to hunt this great creature on his own.
Din aceeasi serie:
The Summoning DVD The Sword With No Name - Collectors Edition Blu-Ray The Sword With No Name 2009 DVD The Third Wife 2018 Blu-ray / with DVD - Double Play The Tiger an Old Hunters Tale Blu-Ray The Treatment DVD The Violin Teacher DVD The Wailing DVD The Wait DVD The Warlords 2007 DVD