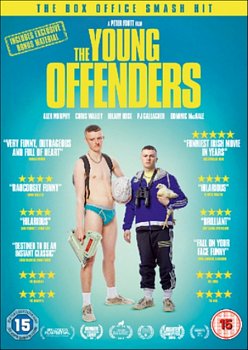 Anunta-ma cand pot comanda
Adauga in Wishlist
Descriere: Acest film nu are subtitrare in limba romana.
Irish comedy written and directed by Peter Foott. After hearing news of a massive cocaine seizure off the coast of western Cork, troubled teenagers Jock (Chris Walley) and Conor (Alex Murphy) set off on an epic 160km journey on stolen bikes in the hope of finding some missing bales. With the drugs worth millions of euros, the boys soon discover they aren't the only ones after the stash, as a host of local police and a nail gun-wielding drug dealer quickly join the pursuit.
Din aceeasi serie:
The Way, Way Back 2013 Blu-ray The Wedding Video Blu-Ray The Witches Blu-Ray The Women Blu-Ray The Worlds End Blu-Ray There Was A Crooked Man Blu-Ray This Is 40 Blu-Ray This Is Where I Leave You Blu-Ray This Must Be The Place Blu-Ray Ticket to Paradise 2022 Blu-ray