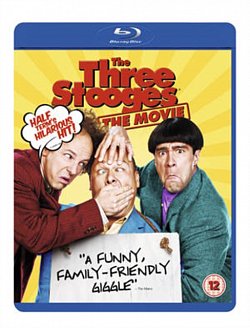 Livrare estimata pentru 10 Jun - 20 Jun
Adauga in cos
Adauga in Wishlist
Descriere: Acest film nu are subtitrare in limba romana.
The Farrelly brothers write and direct this raucous slapstick comedy based on the classic 1930s vaudeville act. Chris Diamantopoulos, Sean Hayes and Will Sasso star as the accident-prone trio Moe, Larry and Curly, who cause no end of mayhem from the moment they are dumped on the doorstep of the Sisters of Mercy Orphanage as infants. They go on to become entangled in a murder plot and to appear as accidental stars in the reality TV series Jersey Shore.
Din aceeasi serie:
The Simpsons Movie Blu-Ray The Sitter 2011 Blu-ray The Spy Who Dumped Me 4K Ultra HD + Blu-Ray The Spy Who Dumped Me Blu-Ray The Steve Martin Movie Collection (4 Films) Blu-Ray The Time Of Their Lives Blu-Ray The Titfield Thunderbolt - Anniversary Edition Blu-Ray The Truth About Cats and Dogs Blu-Ray The Very Best Of Laurel & Hardy Film Collection Blu-Ray The War Of The Roses Blu-Ray