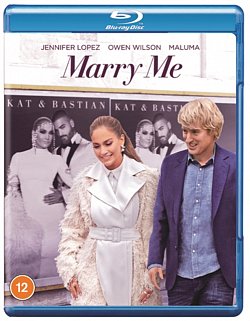 Livrare estimata pentru 17 Jul - 27 Jul
Adauga in cos
Adauga in Wishlist
Descriere: Acest film nu are subtitrare in limba romana.
Jennifer Lopez and Owen Wilson star in this romantic comedy from director Kat Coiro. Kat Valdez (Lopez) is one half of the most popular couple in showbusiness alongside her boyfriend Bastian (Maluma). As part of their brand, they announce to their fans that they will get married live during their next concert. However, moments before the show Kat discovers that Bastian has been unfaithful and so she decides to marry a stranger from the audience instead. Forced to go to the concert by his daughter, divorced high school teacher Charlie Gilbert (Wilson) finds himself caught up in a whirlwind as he agrees to marry the pop superstar live on stage. Will the unlikely pair make it as husband and wife or will it all end in tears?
Din aceeasi serie:
Made Of Honour Blu-Ray Magic In The Moonlight Blu-Ray Magic Mike Blu-Ray Man About the House Blu-Ray Man Up Blu-Ray Mars Attacks! Blu-Ray Meet The Parents - Little Fockers Blu-Ray Memoirs Of An Invisible Man Blu-Ray Middle Men Blu-Ray Mike & Dave Need Wedding Dates 4K Ultra HD