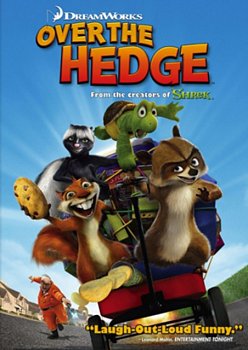 Animated feature about a wide-boy racoon voiced by Bruce Willis. The residents of the forest kingdom wake up to find their habitat changed and food in short supply. Their peaceable leader, Vern the turtle (Garry Shandling), leans towards letting things be and adapting, when along comes RJ the raccoon. RJ will hear of no namby-pamby ideas and is insistent that there is food in the human kingdom for the taking if the animals will only join him in gathering it. Little do the animals know that RJ has ulterior motives for leading them all into temptation - he's in debt to a big fat bear called Vincent (Nick Nolte) who has given him a final date for repayment.