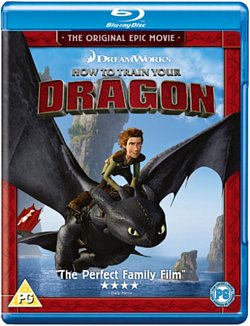 How to Train Your Dragon 2010 Blu-ray

Animated comedy adventure based on the children's novel by Cressida Cowell. Teenaged Viking Hiccup (voice of Jay Baruchel) lives on the windswept island of Berk, where his father Stoic the Vast (Gerard Butler) is the tribe's feared chief, and fighting dragons is part of every young warrior's training. But Hiccup's destiny of becoming a prized dragon fighter takes an unexpected diversion when he saves and befriends an injured dragon, Toothless. Hiccup now embarks on a mission of his own to convince his tribe to abandon its barbaric tradition of ruthless dragon-slaying and try out some new methods.