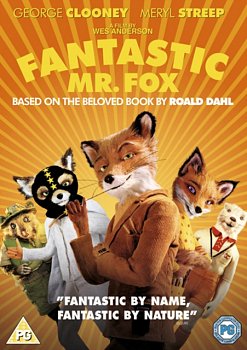 Animated children's feature based on the novel by Roald Dahl. After being discovered by the three farmers he alternatively steals chickens, ducks and turkeys from, Mr. Fox (voice of George Clooney) finds his life is in jeopardy. In an attempt to catch and kill him, the farmers stake out his foxhole but when this fails, they begin to dig him out. In a race against time, Mr. Fox and his family dig their way further underground in an attempt to escape. After three days in hiding, Mr. Fox is forced to come up with a fantastic plan in order to save the lives of his starving family.