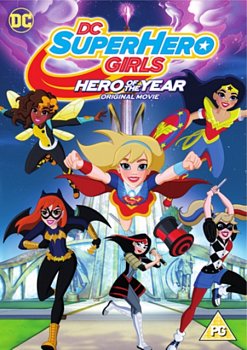 Children's animation featuring the girls of DC Comics in their teenage years. At Superhero High it's time for the annual 'Hero of the Year' competition with Wonder Woman (voice of Grey Griffin), Supergirl (Anais Fairweather), Batgirl (Mae Whitman) and their friends all competing for the honour. But the villainous Dark Opal appears with a plan to ruin the competition. Can the heroes stop him before it's too late?