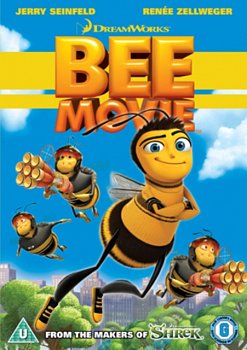 Big-budget, Jerry Seinfeld voiced, children's animation about a honey-bee who decides to sue the humans when he discovers they're eating the fruits of his labour. Barry (Seinfeld), fresh out of bee college, wants more than the daily chore of working in the hive; he wants to get out there, exploring the big wide world, spreading his wings. When he finally gets the chance to be a 'pollen jock', he has a near-fatal accident but is saved by the intervention of kindly New York florist Vanessa (voice of Renee Zellweger), and a friendship quickly blossoms. But when he discovers the sad truth that the humans are taking the honey and selling it for their own profit, Barry becomes so incensed that he decides to hit them where it hurts - right in the pocket, and takes them to court.