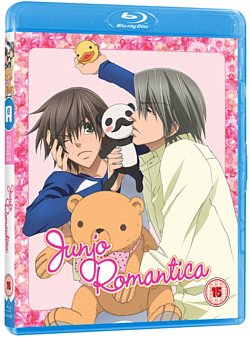 Livrare estimata pentru 09 Oct - 19 Oct
Adauga in cos
Adauga in Wishlist
Descriere: Acest film nu are subtitrare in limba romana.
All 12 episodes from the first series of the Japanese anime in which 18-year-old student Misaki (voice of Takahiro Sakurai) falls for his brother's older friend, Usagi (Hikaru Hanada). When Usagi begins tutoring Misaki, Usagi's attentions are at first centred on Misaki's brother Takahiro (Kishou Taniyama), but as he finds out Takahiro is due to marry a woman he begins to realise his true feelings are for Misaki. Soon the two enter a romantic relationship and move in together, but Usagi has competition when Misaki realises he has the power to attract a variety of other men. The episodes are: 'Truth Is Stranger Than Fiction', 'No Use Crying Over Spilt Milk', 'Knock and It Shall Be Opened Unto You', 'Fear Is Often Greater Than the Danger Itself', 'Meeting in the Beginning of Parting', 'Good Can Come Out of Misfortune', 'Spare the Rod and Spoil the Child', 'Away from Home, One Needs Feel No Shame', 'One Good Turn Deserves Another', 'Boys, Be Ambitious', 'All Things Are Easy That Are Done Willingly' and 'Even a Chance Acquaintance Is Preordained'.
Din aceeasi serie:
Josee, the Tiger and the Fish 2020 Blu-ray Josee, the Tiger and the Fish 2020 Blu-ray / with Audio CD (Limited Edition) Josee, the Tiger and the Fish 2020 DVD Jujutsu Kaisen: Part 1 2019 Blu-ray Jujutsu Kaisen: Part 1 2019 Blu-ray / with Audio CD (Collector's Edition) Junjo Romantica Season 2 Blu-Ray Jyu Oh Sei: Series 1 - Part 1 2006 DVD K - Missing Kings - Colelctions Edition DVD + Blu-Ray K - Missing Kings 2014 Blu-ray K - Missing Kings 2014 DVD