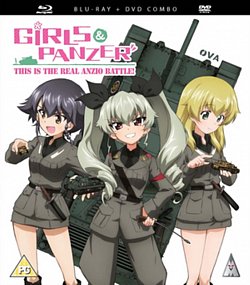 Girls und Panzer: This Is the Real Anzio Battle Blu-Ray+DVD

OVA episode from the Japanese anime series following a group of schoolgirls who participate in the martial art known as 'the way of the tank'. In this instalment, as Oarai prepare for an upcoming match against Anzio High School, Yukari (voice of Ikumi Nakagami) is sent on a reconnaissance mission to uncover Anzio's secret weapon, the Carro Armato P40 tank.