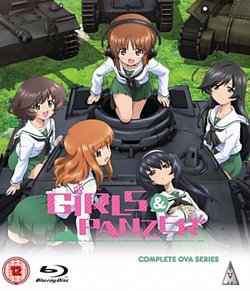 All six OVA episodes from the Japanese anime series following a group of schoolgirls who participate in the martial art known as 'the way of the tank'. In this collection the Oarai students head out on a camping trip, the girls take a closer look at the interiors of the school ship and Yukari (voice of Ikumi Nakagami) encounters some trouble on a reconnaissance mission. The episodes are: 'Water War!', 'Survival War!', 'School Ship War!', 'Anglerfish War!', 'Snow War!' and 'Banquet War!'.