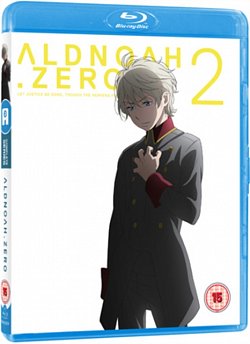 All 12 episodes from the second season of the Japanese mecha anime set in a world in which humans began migrating to Mars in the 1970s and formed the Vers Empire. The rivalry between Earth and the Vers Empire ignites again years later in 2014 when Asseylum Vers Allusia (voice of Sora Amamiya), the Vers Princess, is attacked whilst on a peace mission on Earth. In this season, set in 2016, the Terran Slaine (Kensho Ono) has become a Mars Knight and leads his forces into battle against the United Forces of Earth. The episodes are: 'This Side of Paradise', 'The Beautiful and the Damned', 'Toll for the Brave', 'Soldiers' Pay', 'The Turning Wheel', 'The Rose and the Ring', 'Here to There', 'The Light of Day', 'The Fortune's Fool', 'Out of the Past', 'The Unvanquished' and 'Inherit the Stars'.