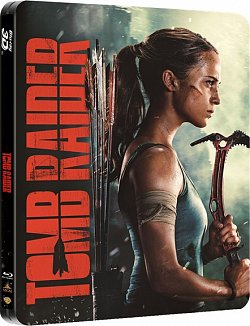 Lara Croft is the fiercely independent daughter of an eccentric adventurer who vanished when she was scarcely a teen. Now 21, and working as a London bike courier, Lara is driven to solve the puzzle of her father's mysterious death. Leaving behind everything she knows, she searches for her father’s last-known destination: a fabled tomb on a mythical island that might be somewhere off the coast of Japan.