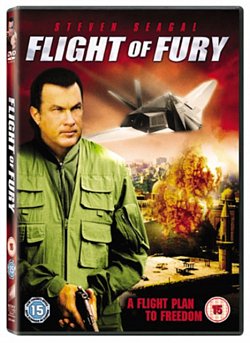 Livrare estimata pentru 18 Feb - 28 Feb
Adauga in cos
Adauga in Wishlist
Descriere: Acest film nu are subtitrare in limba romana.
High-octane thriller starring Steven Seagal. John Sands (Seagal) is a secret operative used by the United States Air Force for clandestine operations deemed too sensitive for the regular intelligence services. When his own Agency feels threatened by the knowledge he gained from past exploits, they quickly imprison him and schedule a chemical wipe of his memories. Feeling betrayed by his Agency, John escapes the hi-tech detention center and plans to assimilate into society. Unfortunately, the Air Force has other plans for him. A top secret Stealth Bomber that uses the latest in stealth cloaking technology has been hijacked and it's their belief that John's the only man capable of getting it back before it falls into the hands of a terrorist group that could prove to be an unstoppable force.
Din aceeasi serie:
First Blood 1982 DVD Five Minarets In New York Blu-Ray Five Minarets In New York DVD Five Weeks In A Balloon Blu-Ray + DVD Flight From Hell DVD Flood Blu-Ray Flood DVD Flying Guillotine II 1978 Blu-ray For Your Eyes Only 1981 Blu-ray For Your Eyes Only 1981 DVD