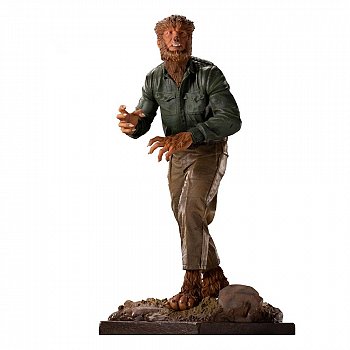 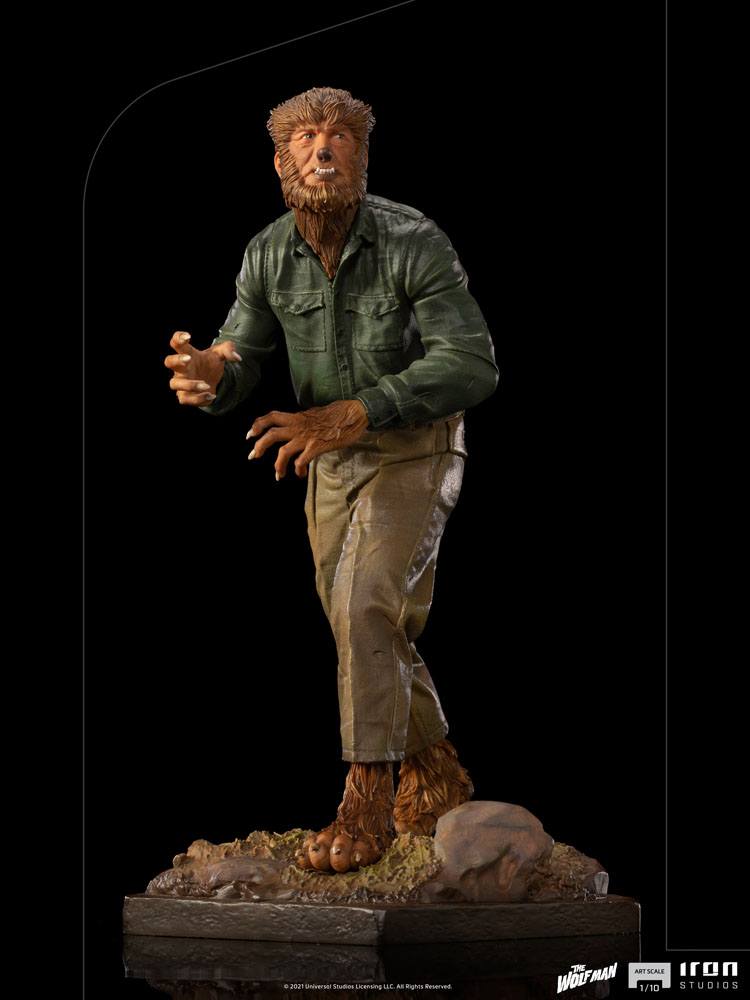 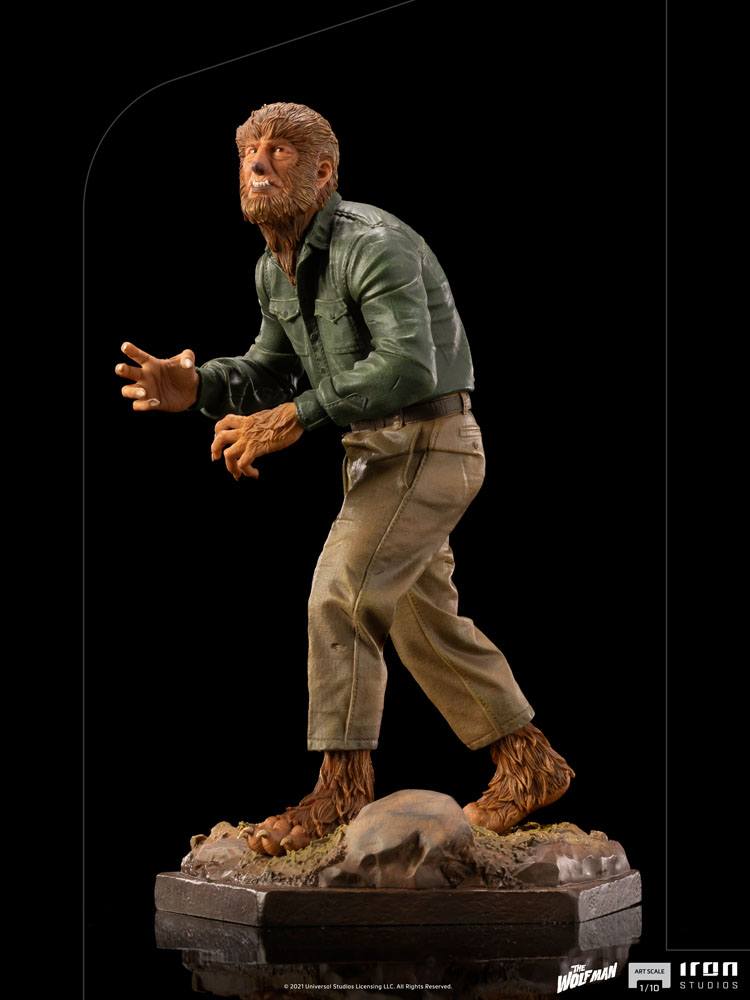 Livrare estimata pentru 16 Dec - 23 Dec
Adauga in cos
Adauga in Wishlist
Descriere: Lurking through the night, a hybrid human and wolf creature watches the full moon illuminate its hunting ground and command its cursed metamorphosis. Once a gentle and a quiet man, of whom only the clothes of that time remain and now a predatory beast with sharp fangs and claws. Using his keen animal senses to locate his next victim, he howls, announcing his presence and in growls, lunges for the attack like a deadly beast. Adding to the collection of the most iconic movie monsters, Iron Studios presents its statue "The Wolf Man - Art Scale 1/10 - Universal Monsters", featuring another horror classic, acclaimed and worshiped by fans since the 1940s.

Part of the Universal Monsters horror film franchise, produced by Universal Pictures between the 1930s and 1950s, The Wolf Man of 1941 features the story of Larry Talbot, played by Lon Chaney Jr. When he returned to his ancestral home in Wales for his brother's funeral while defending a young girl from a werewolf attack, despite having defeated the beast, he was wounded by the animal, thus becoming the heir to this curse, and this prediction had been made by a Gypsy fortune-teller named Maleva. On the night of the full moon following this episode, he transformed and killed several villagers. After the film's success, Lon Chaney Jr. repeated his classic role as Wolf Man in four sequels and was the only Universal monster played by the same actor in all of his 1940s film appearances.

Wolf Man is added to Iron Studios' collection as one more pop icon inspired by the horror movies that introduced the first shared universe of characters. They were immortalized in distinct film productions, which defined the visual identity of these monsters and are present in world pop culture to this day.

- Limited edition
- Based on original movie references
- Made in polystone - *(may contain parts in resin, polystone, PVC, metal and fabric)
- Hand painted