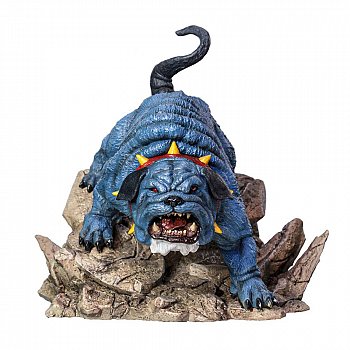 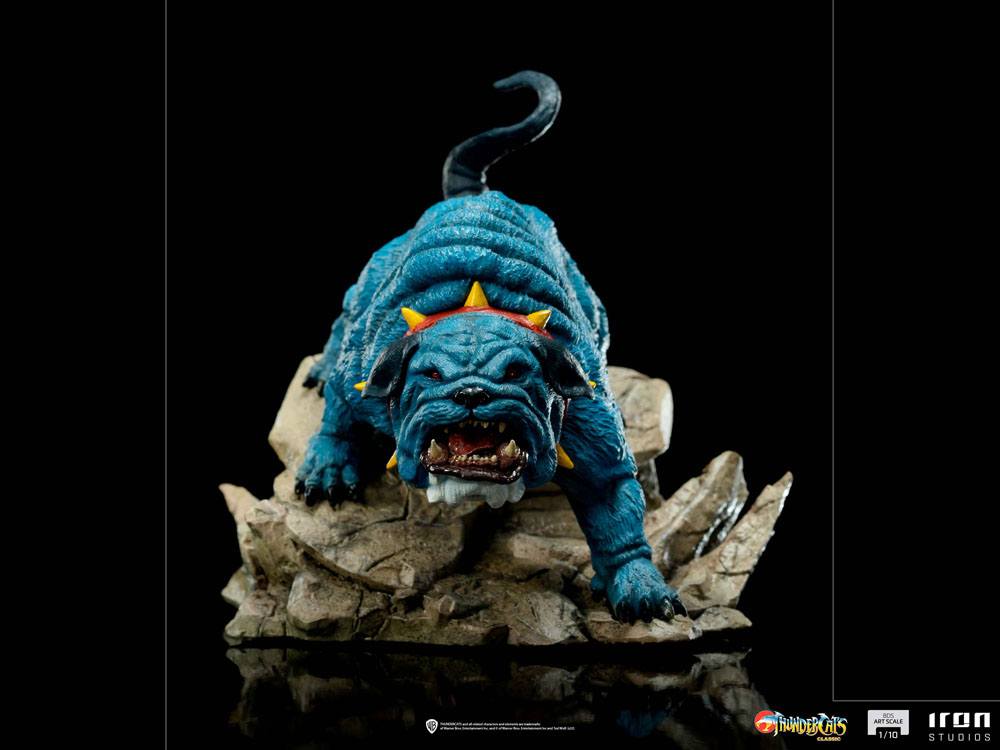 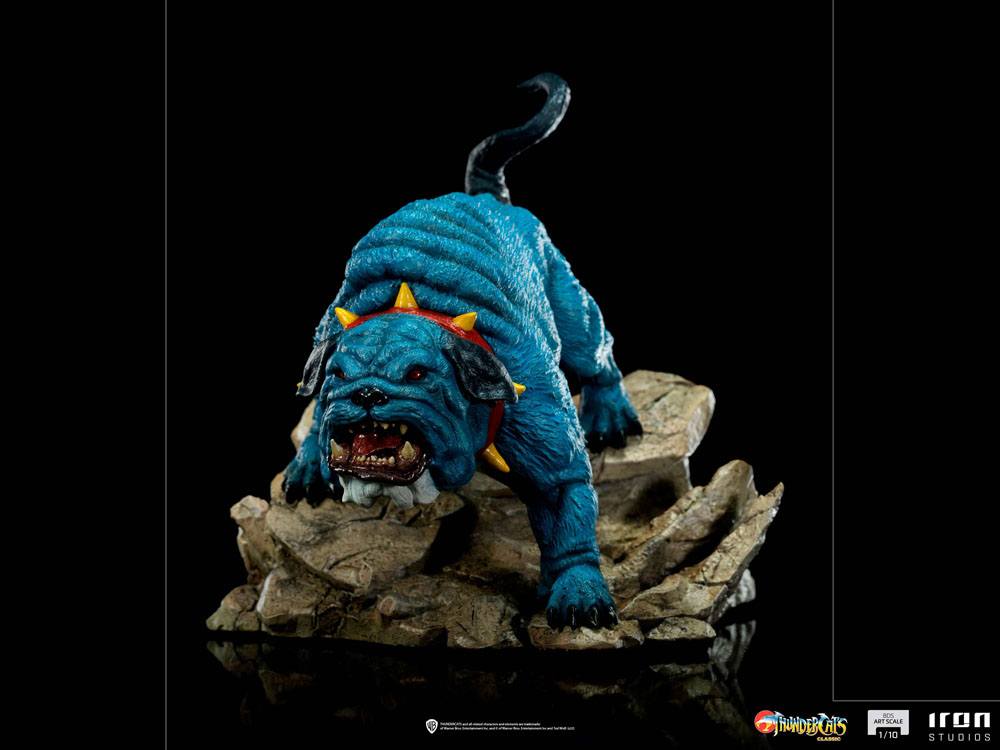 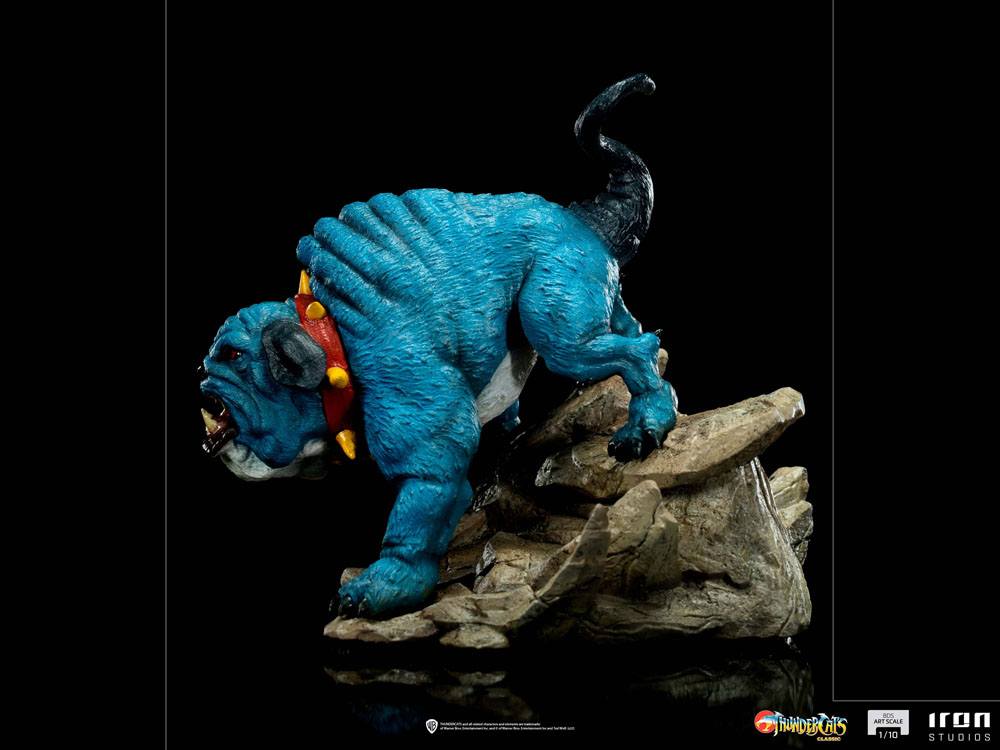 Anunta-ma cand pot comanda
Adauga in Wishlist
Descriere: Created by Rankin/Bass, ThunderCats was one of the most successful animated series of the 1980s, with three seasons totaling 130 episodes. Expanding the collection of statues in the line based on characters created by Tobin "Ted" Wolf, after the previously released heroic ThunderCats gained prominence with individual pieces that form a diorama backdrop, Now it's the turn of the mutant villains to join forces with the mummified sorcerer Mumm-Ra (already available) in the composition of a scenario that will bring that will bring besides the canine Ma-Mutt, the Mutants of the planet Plun-Darr, enemies of the ThunderCats, Slithe and their allies Monkian, Jackalman and Vultureman, in new Art Scale 1/10 statues from Iron Studios, available individually.

Snarling and baring his fangs, intensely loyal to his master and ready to do his bidding, the robust canine figure with bluish fur and white chin advances over the rocky terrain of somewhere on the planet called Third Earth. Ready to fiercely defend the Black Pyramid, the lair of the immortal priest he serves, and carry out his plans. Iron Studios presents the "Ma-Mutt - BDS ThunderCats - Art Scale 1/10" statue featuring Mumm-Ra's faithful canine mascot and accomplice.
Resembling a bulldog, Ma-Mutt is Mumm-Ra's pet and the only creature the evil sorcerer truly trusts and has any affection for. Despite his appearance and inability to communicate by speaking, Ma-Mutt is gifted with great intelligence, able to understand and follow complex plans and represent Mumm-Ra projecting his holographic image to mobilize the Mutants and other allies. In addition, Ma-Mutt can fly, enlarge his size, and assume a form called Ma-Bat, growing giant bat wings on his body. But also, in several situations, he showed the behavior of an average dog, causing mischief to get his master's attention and demonstrating great affection for Mumm-Ra, a feeling that the Priest of Evil seems to reciprocate.