Home » Figurine » Statues » Back To The Future 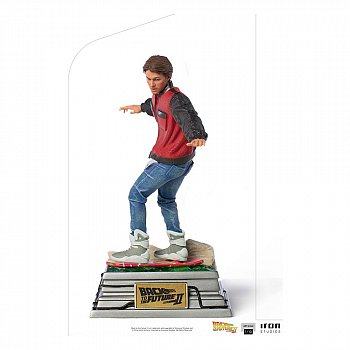 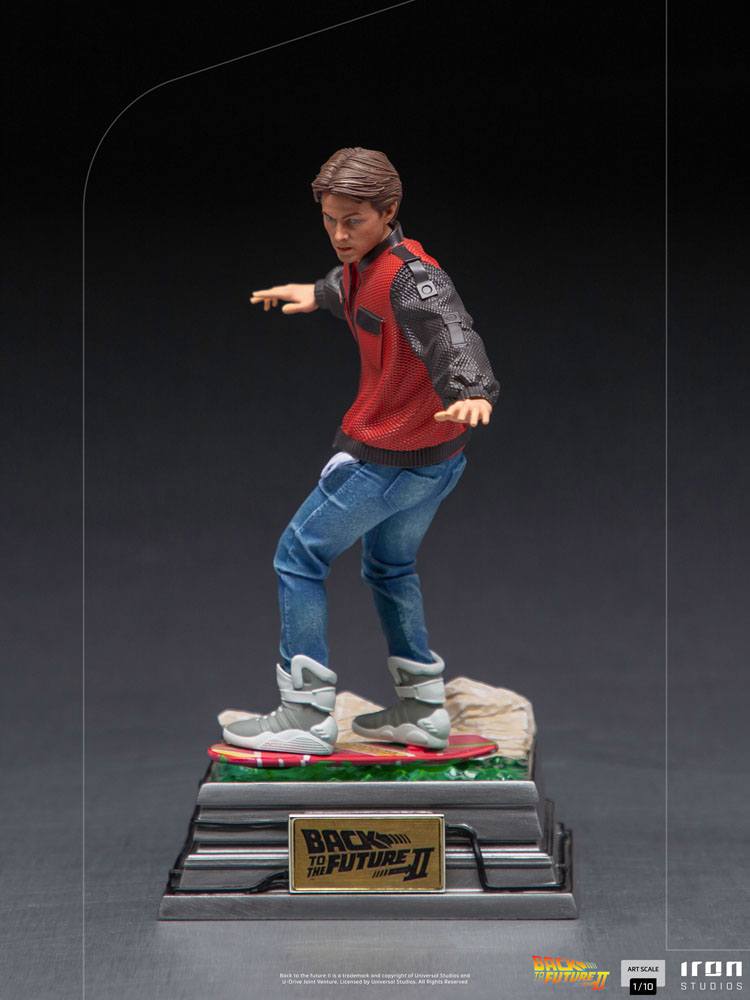 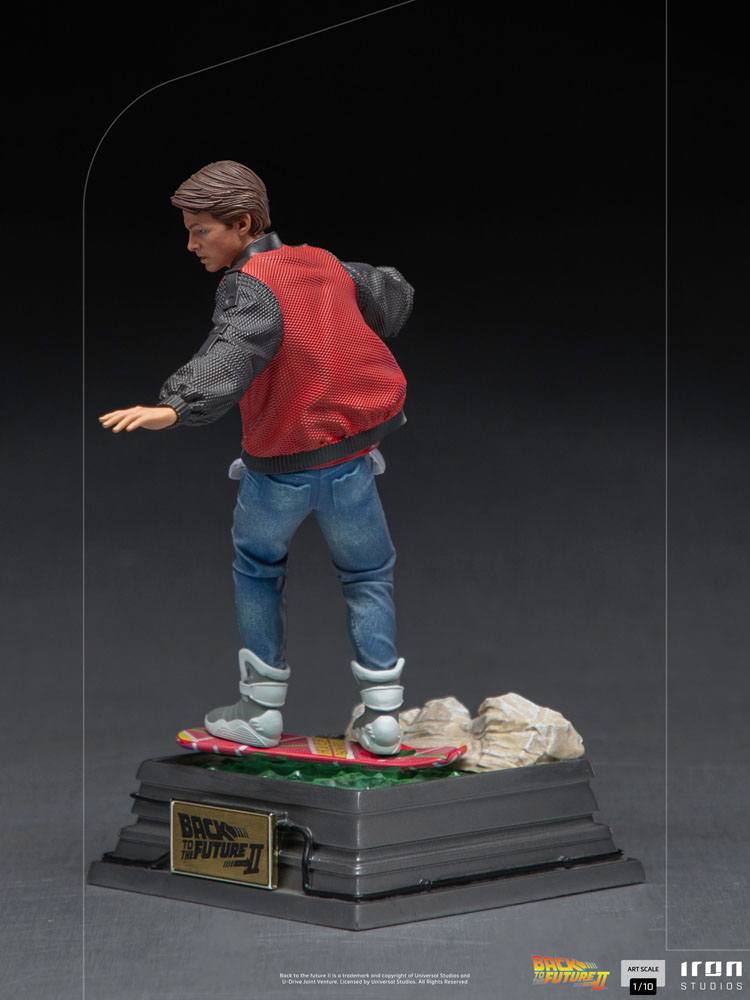 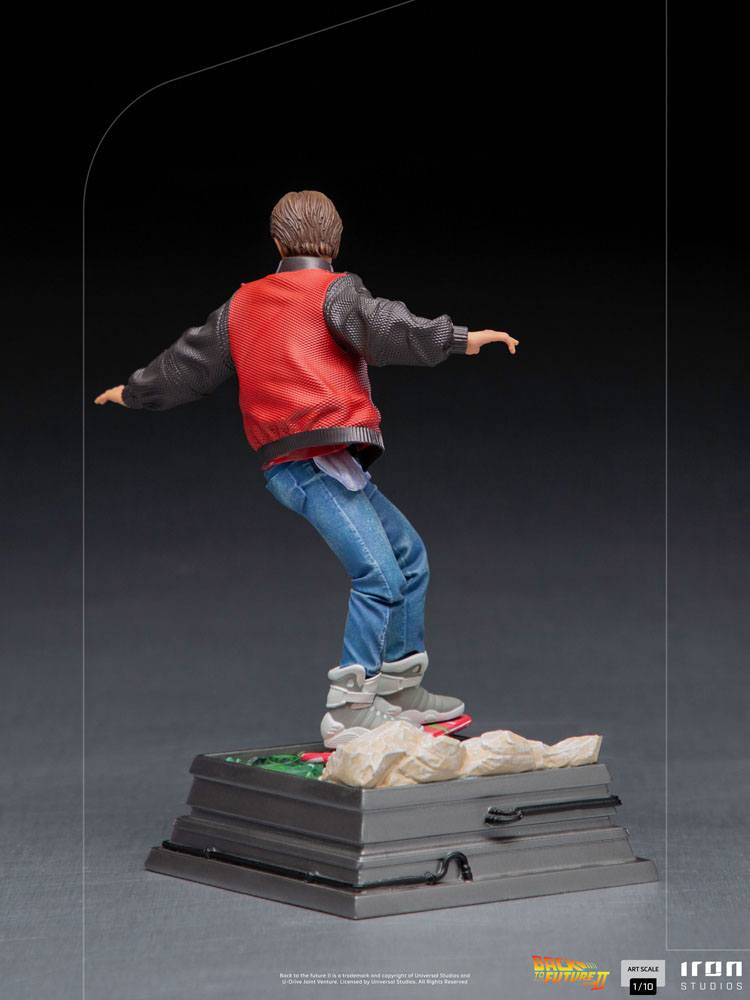 Livrare estimata pentru 07 Jul - 17 Jul
Adauga in cos
Adauga in Wishlist
Descriere: Chased by Griff Tannen and his gang, Marty McFly runs away in a familiar scene to the old Biff Tannen, Griff's grandfather, that watches it, as it is very similar to what he lived in 1955, in the first movie of the series. McFly is surfing a hoverboard, a floating board similar to a skateboard, which he borrowed from a little girl.

Marty tries to balance himself by floating over a small lake at Court Square in Hill Valley in the future, but the challenge becomes even greater when he discovers that the hoverboard loses power over the water. This iconic scene, derived from 1989's Back to the Future Part II, is immortalized in an unprecedented collectible from Iron Studios, "Marty McFly on Hoverboard Art Scale 1/10 - Back to the Future Part II - Iron Studios", that perfectly replicates the characteristics of the actor Michael J. Fox. McFly stands on a silver base stylized with details that resemble parts of the DeLorean DMC-12, the car that was turned into a time machine and created by his best friend, the scientist Dr. Emmett "Doc" Brown, who took the young hero on the journey into his future.

In the second part of the "Back to the Future" trilogy, Marty McFly, a typical young American student, is taken to an imaginary future in 2015 with the legendary DeLorean Time Machine, which has been enhanced with flight engineering. The film won the Saturn Award for Best Visual Effects and was nominated for an Academy Award in 1990 for Best Visual Effects.

- Limited edition
- Based on original references
- Made in Polystone
- Hand painted