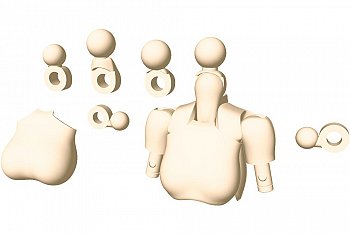 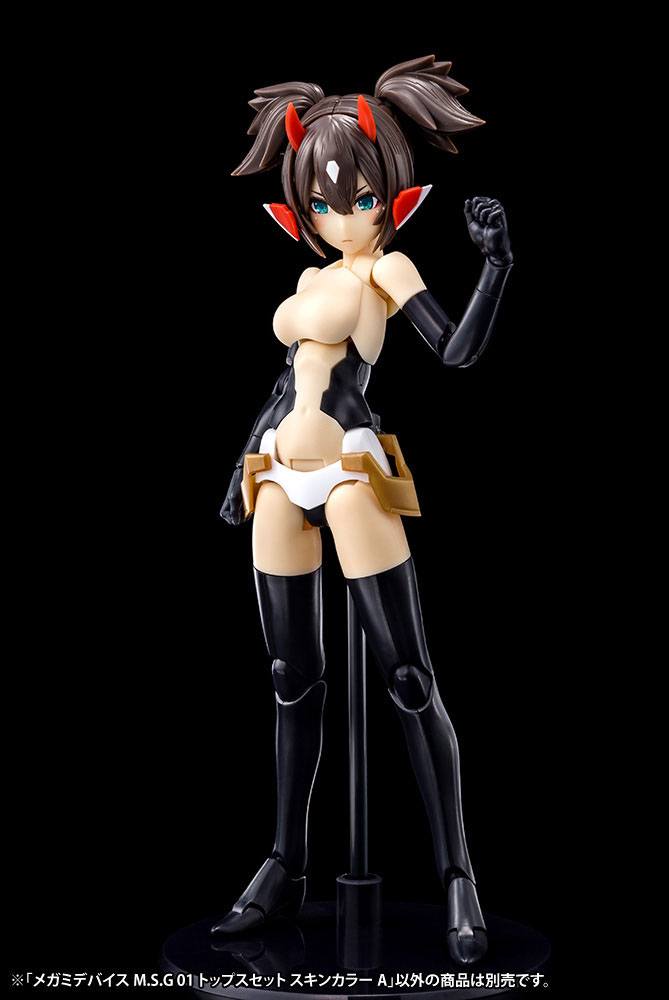 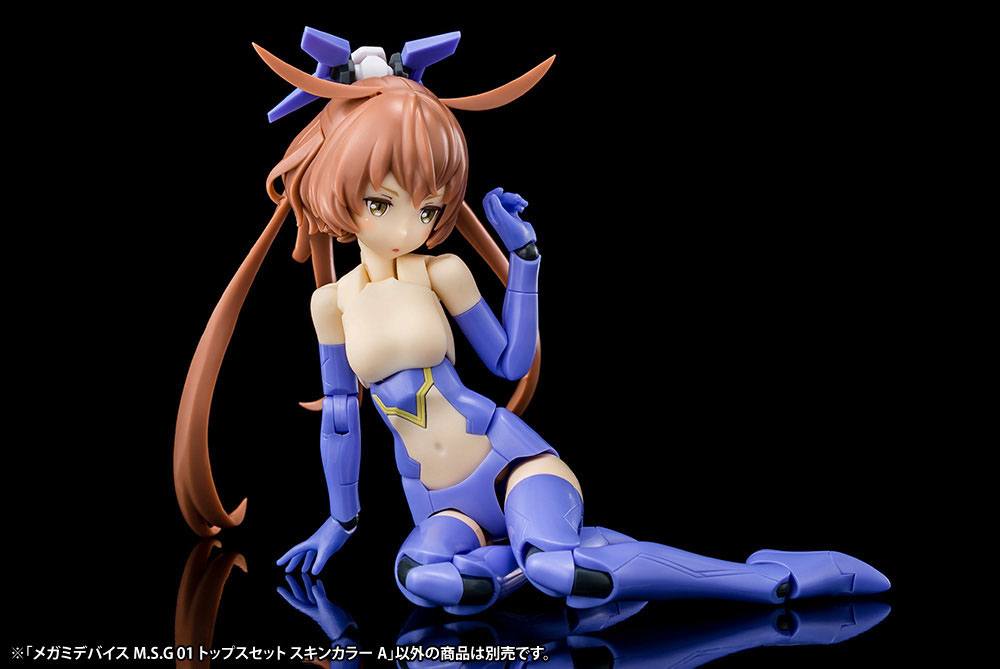 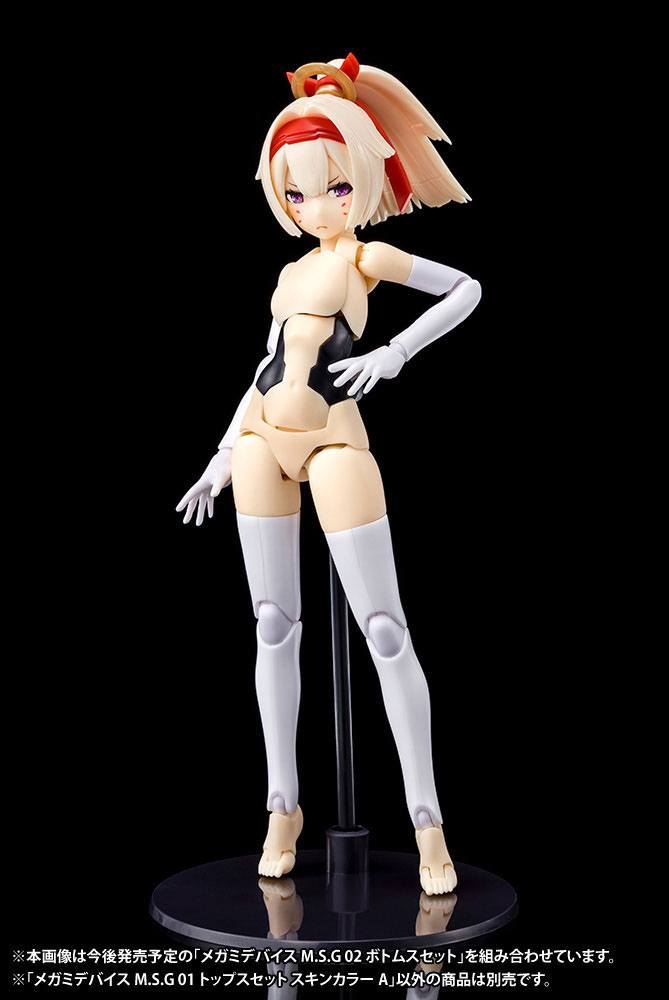 Anunta-ma cand pot comanda
Adauga in Wishlist
Descriere: "Megami Device" is a plastic model kit series combining Bishoujo-style beauties and heavy-duty weapons and armor. Each character has a main body, or "machinika," designed by Masaki Apsy along with a huge array of interchangeable parts to outfit her as you like! Now a brand new support series for Megami Device begins, starting off with Megami Device M.S.G 01 TOPS SET!

For the first part in this series, TOPS SET is a reconstructed upper body that was designed by Masaki Apsy, to which users can rebuild and modernize already existing Megami Device models. Colors come in White, Skin Color A, and Skin Color B.

- Alterations to the neck area for balance:
- The line between the neck and shoulder blades have been adjusted to better match with the head.
- Several joints to allow minute head adjustments are included.

- Two types of shoulder joints are included for adjusting shoulder width.
Can also be attached to Megami Device models that have separate chest parts.