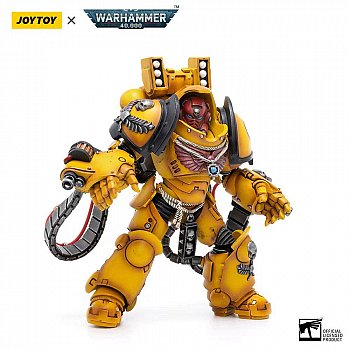 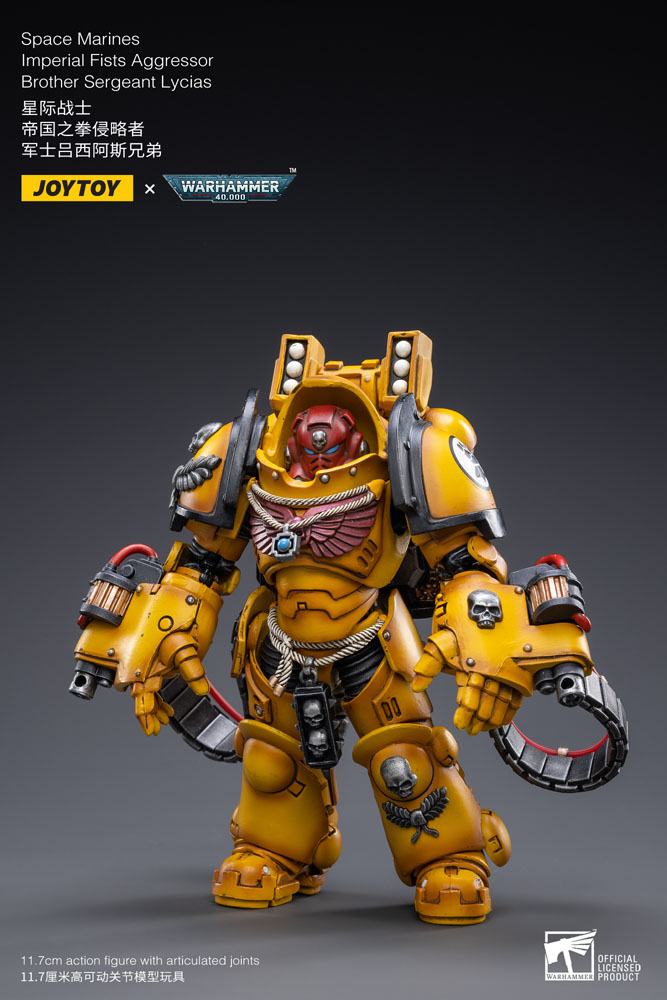 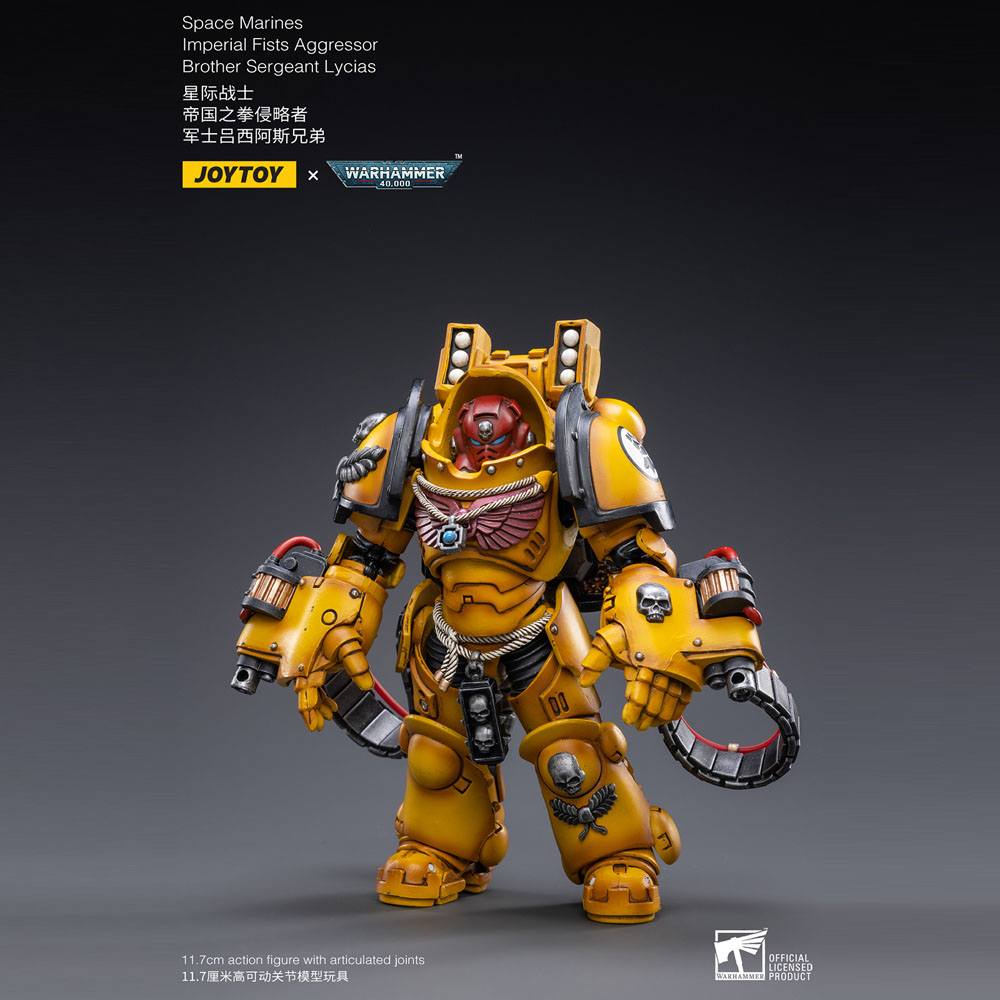 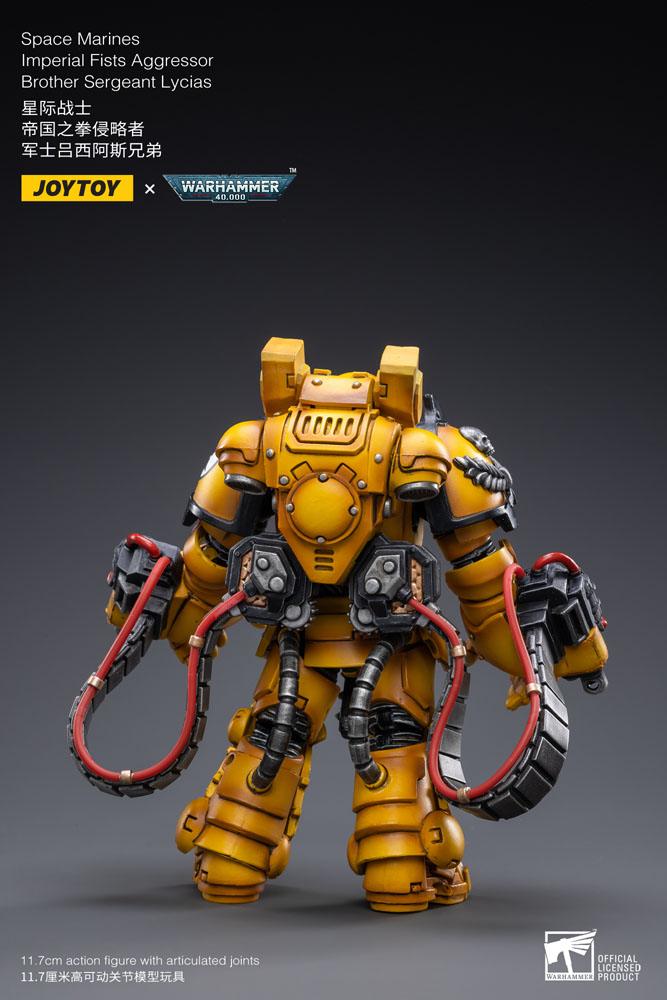 Anunta-ma cand pot comanda
Adauga in Wishlist
Descriere: The Imperial Fists are one of the First Founding Chapters of the Space Marines and were originally the VIIth Legion of the Legiones Astartes raised by the Emperor Himself from across Terra during the Unification Wars.

Brother Sgt. Lycias, one of Warhammer's defenders of Terra, rolls out for battle as a detailed 1/8 scale figure. Each figure includes interchangeable hands and weapon accessories and stands between 4" and 6" tall.