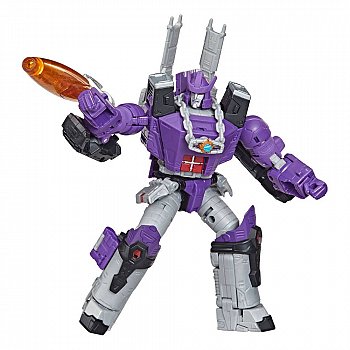 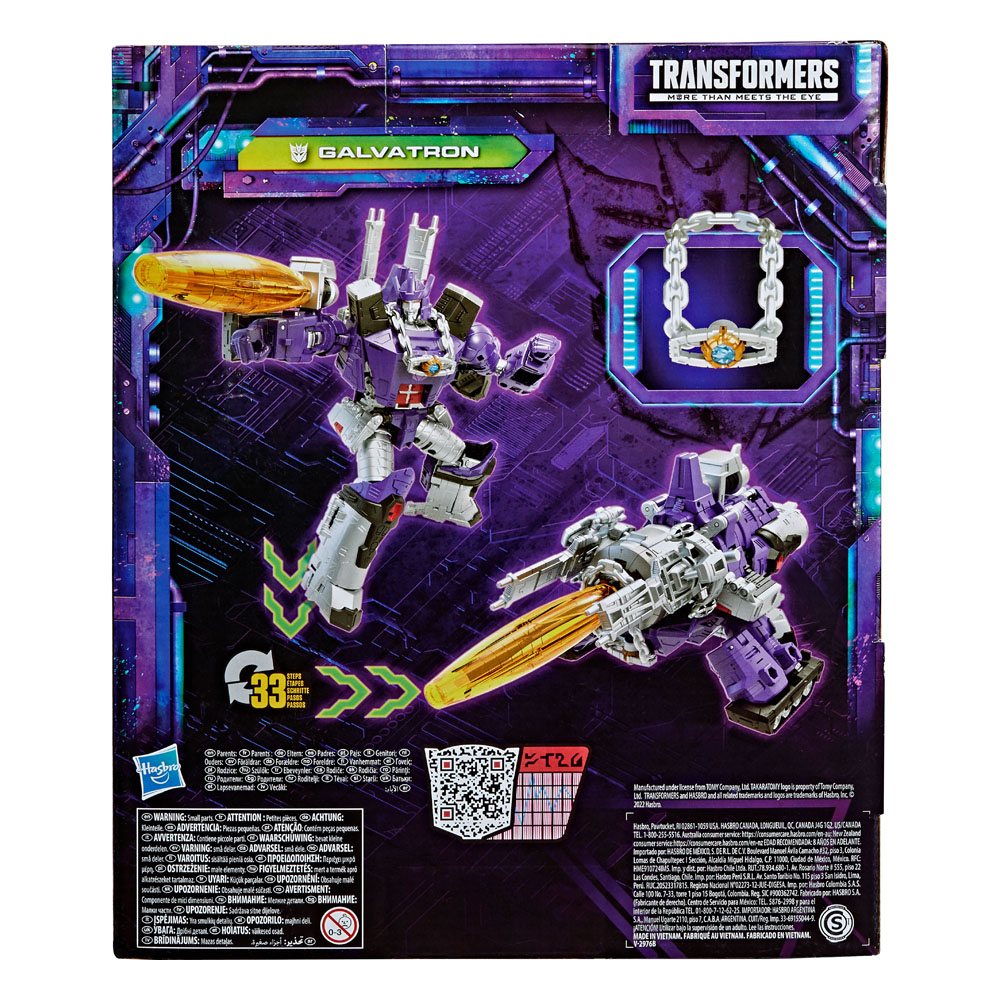 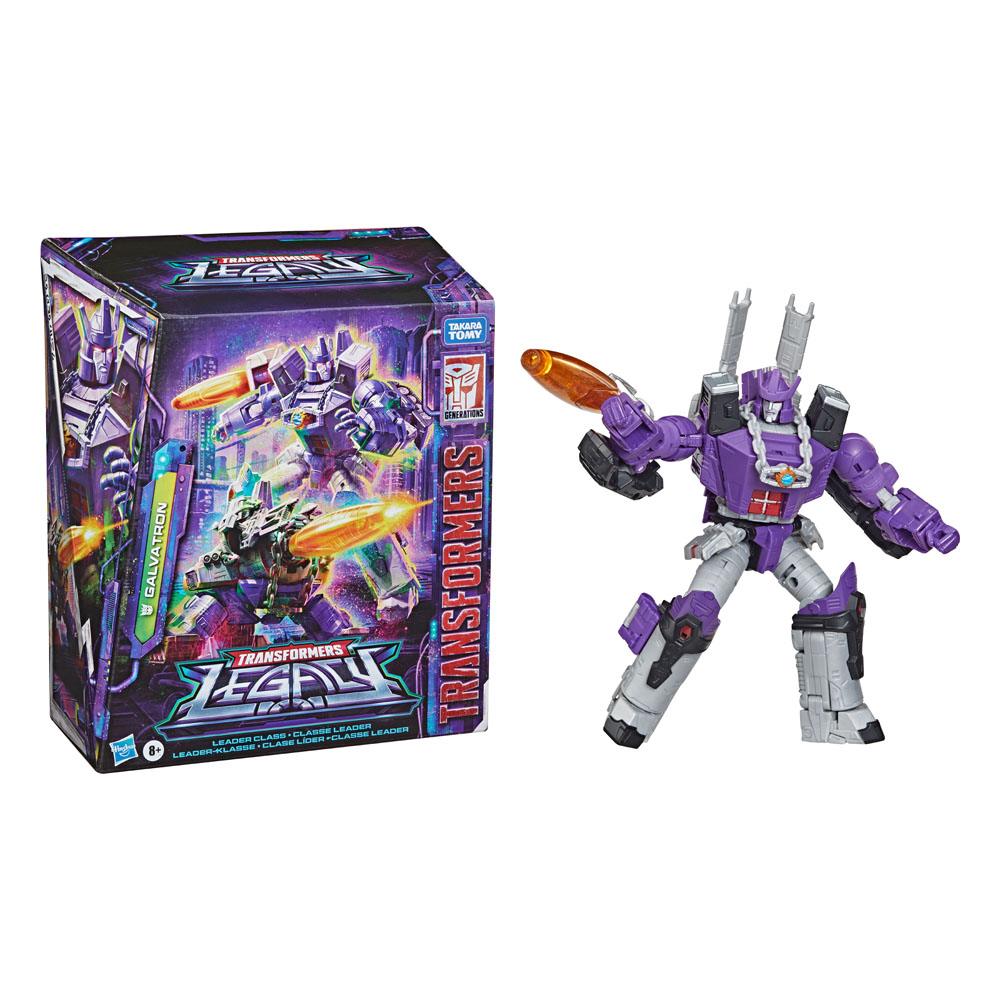 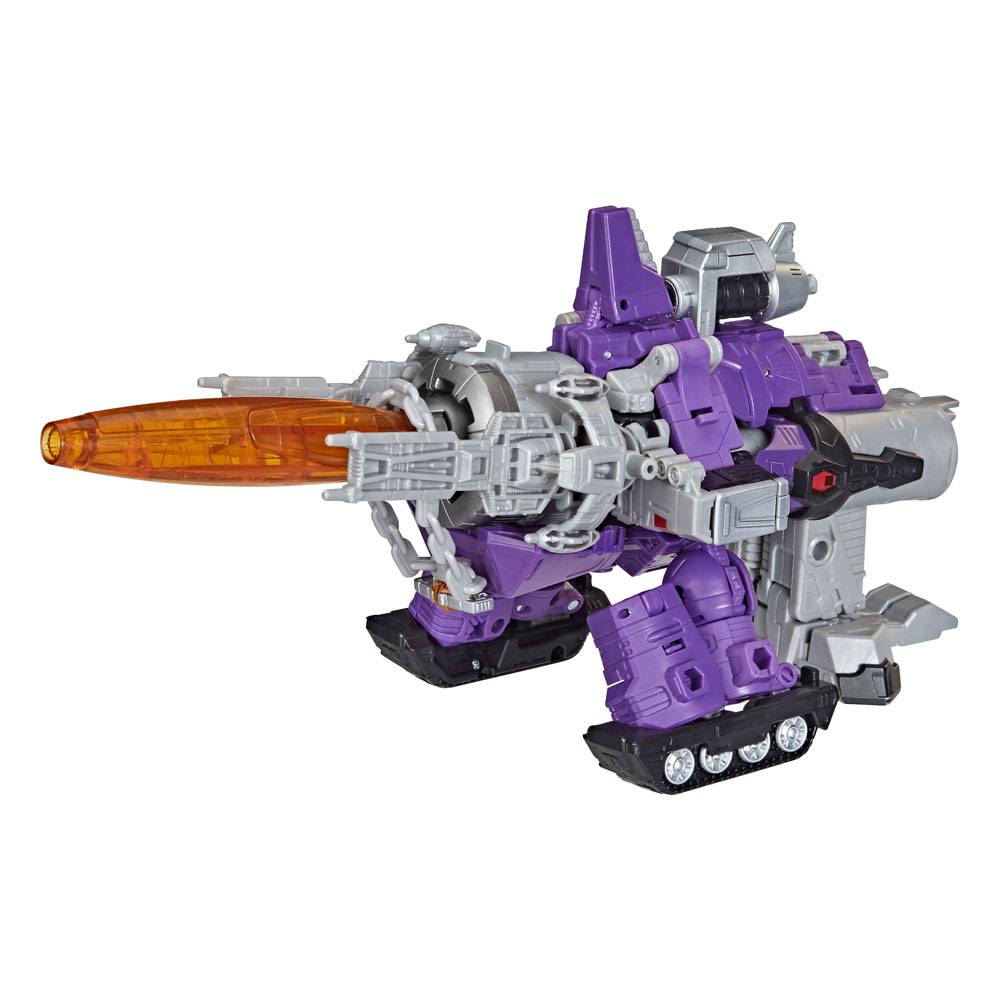 Livrare estimata pentru 02 Jun - 12 Jun
Adauga in cos
Adauga in Wishlist
Descriere: Harness the power of Energon with the Transformers Legacy Series Leader Galvatron robot toy! Galvatron is cold-hearted, compassionless, and will go to any lengths to showcase his power.

UNIVERSES COLLIDE: Universes collide with Transformers: Legacy! This epic line of Transformers toys brings together fan-favorite characters from across the Transformers multiverse, updated with a Generations-style design

AWESOME ACCESSORIES: Comes with a Particle Beam cannon and 2 side cannon accessories that attach in both modes. Matrix of Leadership accessory can hang around the Galvatron figure's neck