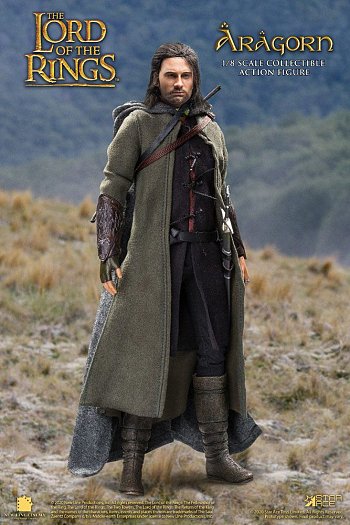 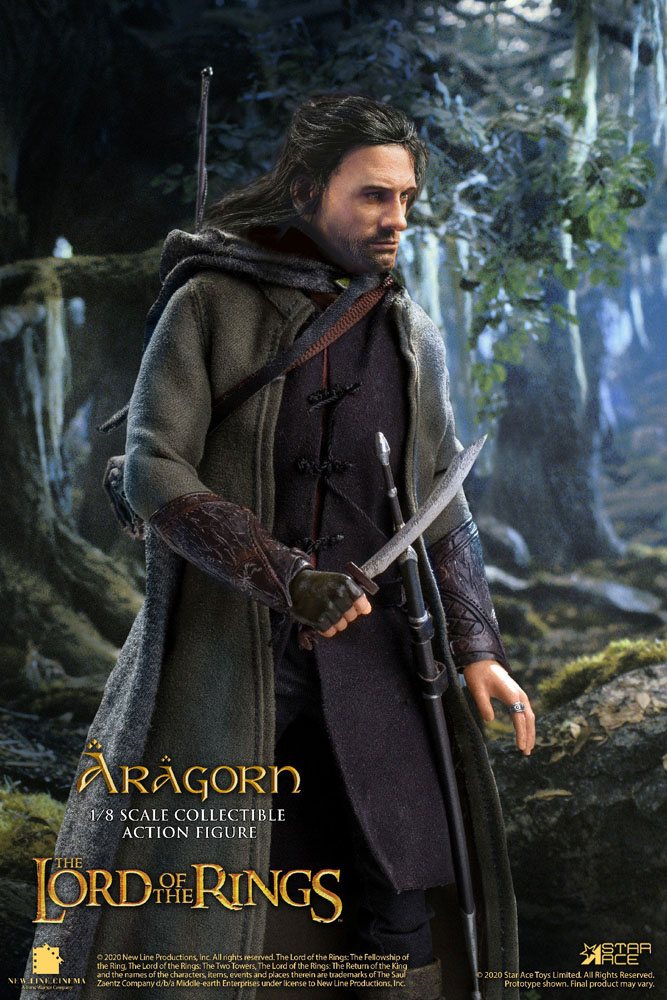 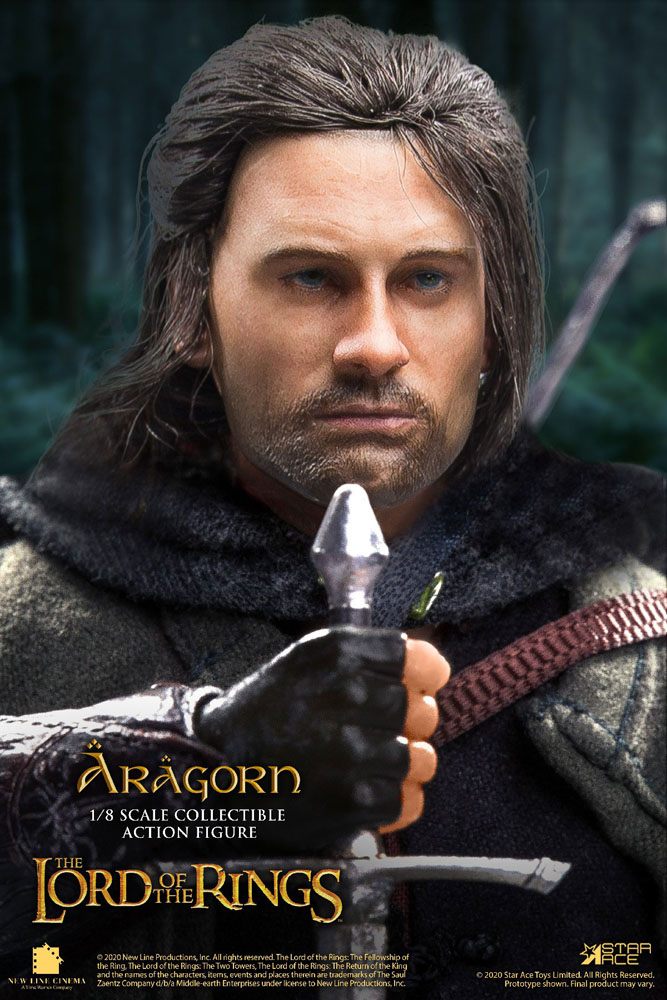 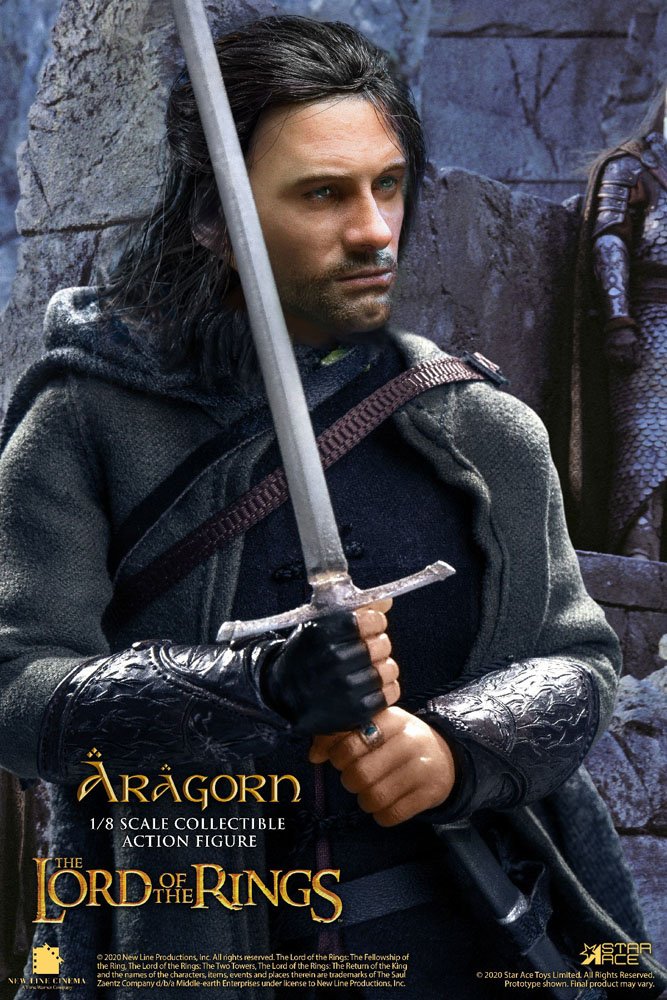 Livrare estimata pentru 04 Jul - 14 Jul
Adauga in cos
Adauga in Wishlist
Descriere: Aragorn, son of Arathorn, called Strider by the Hobbits was one of the great heroes of Middle-Earth. He helped in the quest to destroy the One Ring and led the armies of man in the battle against the dark lord Sauron. Star Ace brings Tolkien's hero to life in their new 1:8 scale Real Master Series with an authentic recreation of the character from the film The Lord of the Rings: The Two Towers.