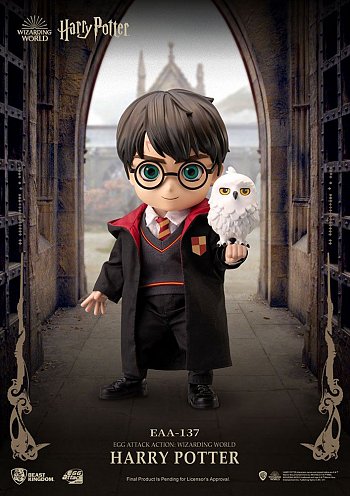 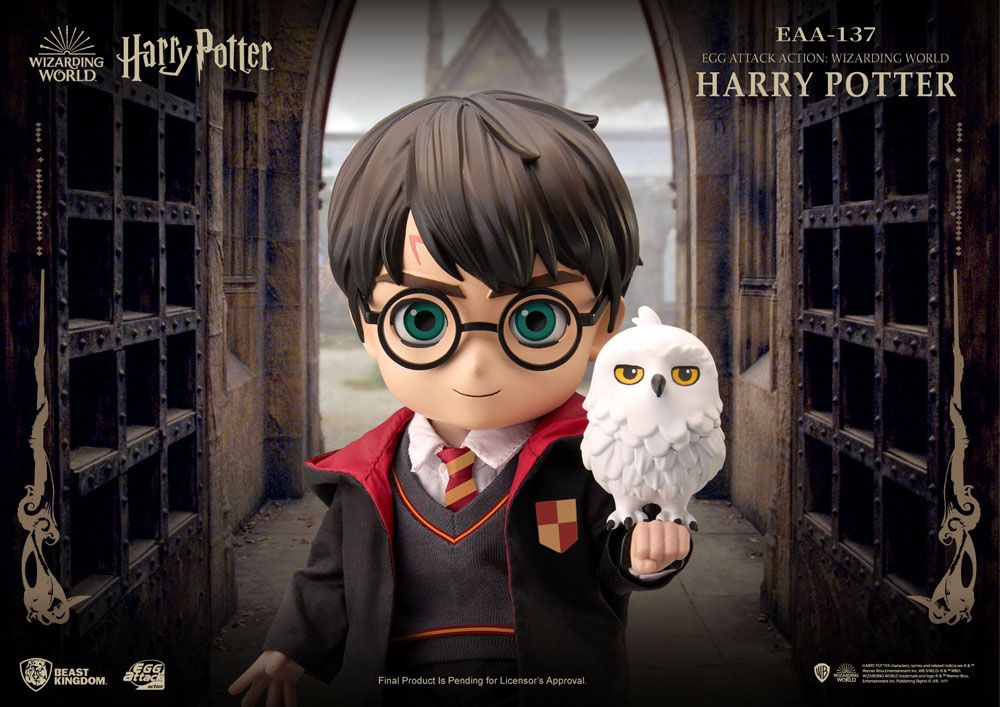 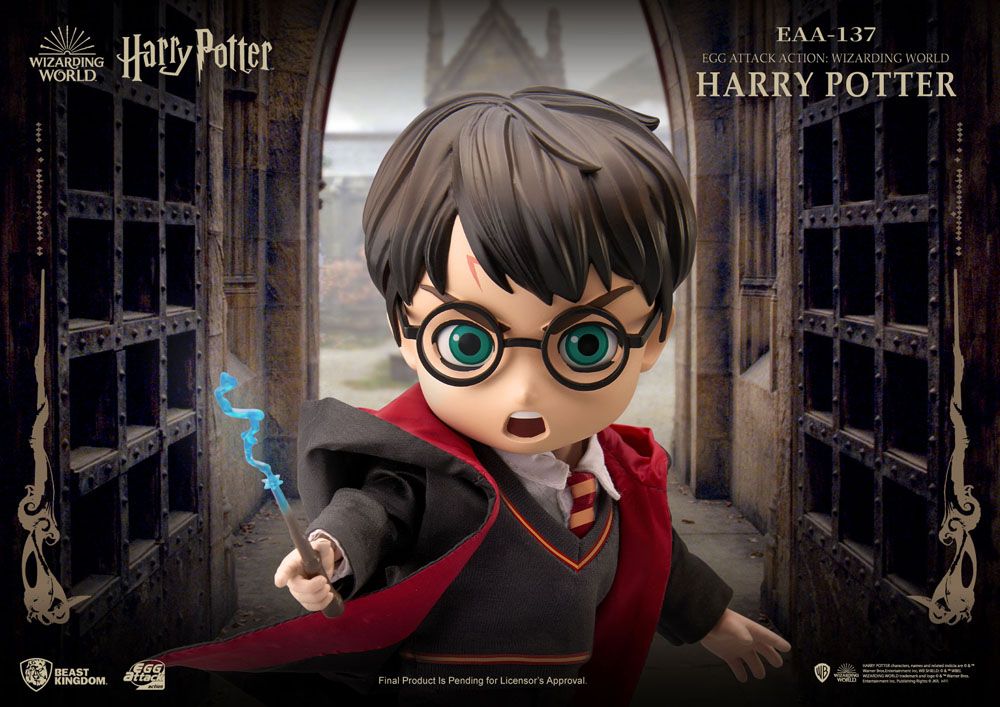 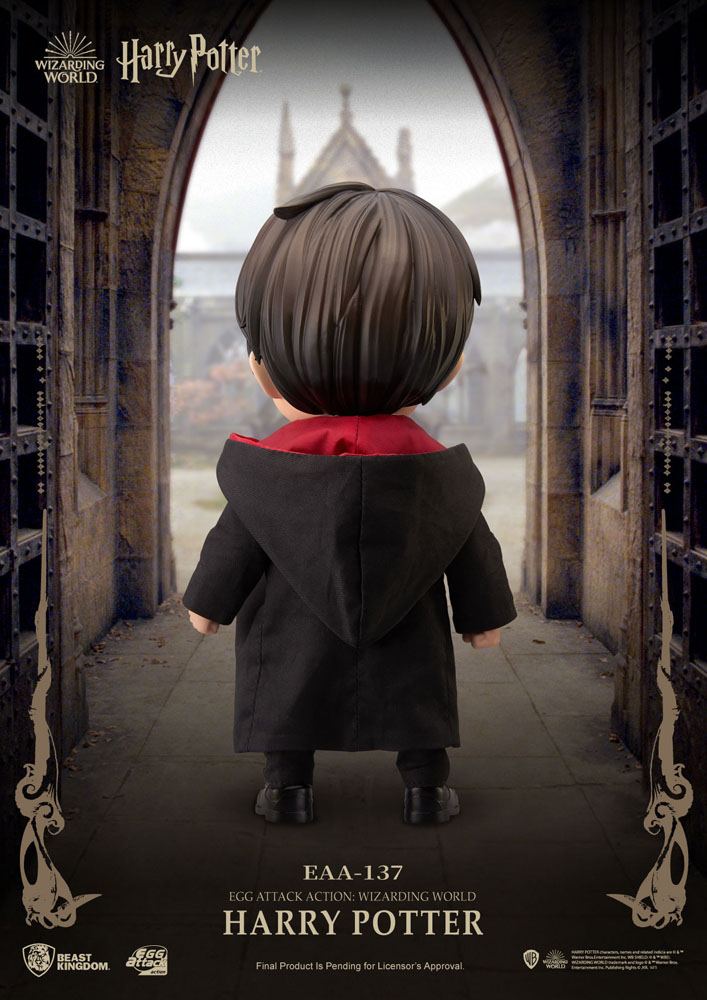 Anunta-ma cand pot comanda
Adauga in Wishlist
Descriere: The fantastical world of J.K. Rowling's 'Harry Potter' series of books took magical adventures to new heights. Following Harry and his life at the Hogwarts School of Witchcraft and Wizardry, both the books and the long running movie adaptations have become classics in their own right.

The 'Egg Attack Action' series of stylized action figures from Beast Kingdom's 'Entertainment Experience Brand' have become a household name. The launch of the Harry Potter EAA series takes the figures to the next level with a new 4 inch 'Chibi' style design. Featuring 16 points of articulation, this new, cuter design perfectly fits with the wonderfully magical world of the series. Harry's robe and suit are extremely detailed with the use of real fabric down to the tie itself. Additional accessories include a pair of wizard wands, a magical broomstick, a sorting hat and the inclusion of Hedwig the Owl himself. A variety of replaceable hands are also accompanied with two replaceable faces, really allowing collectors to pose Harry as they see fit.