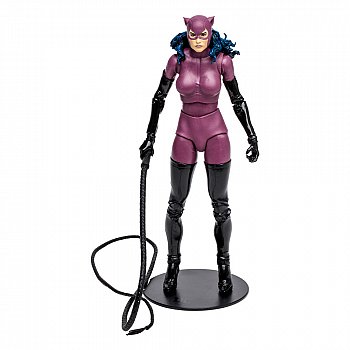 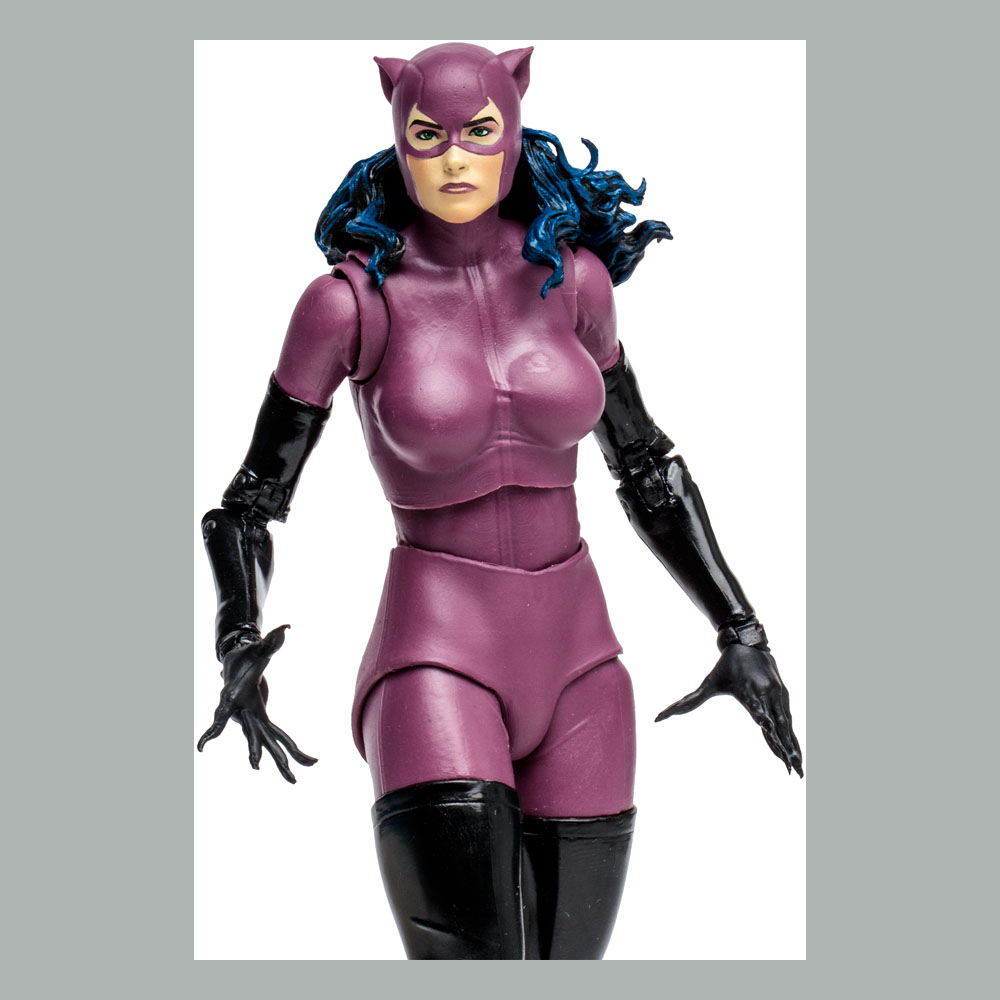 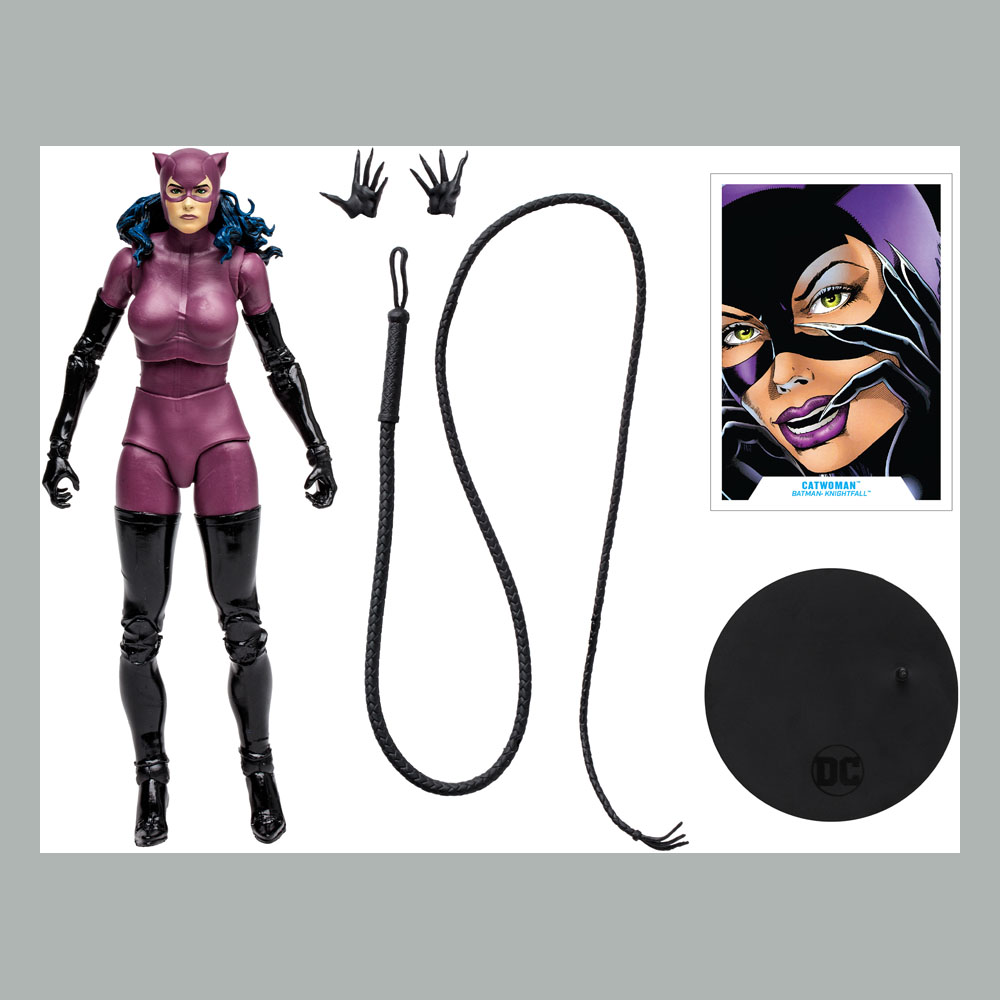 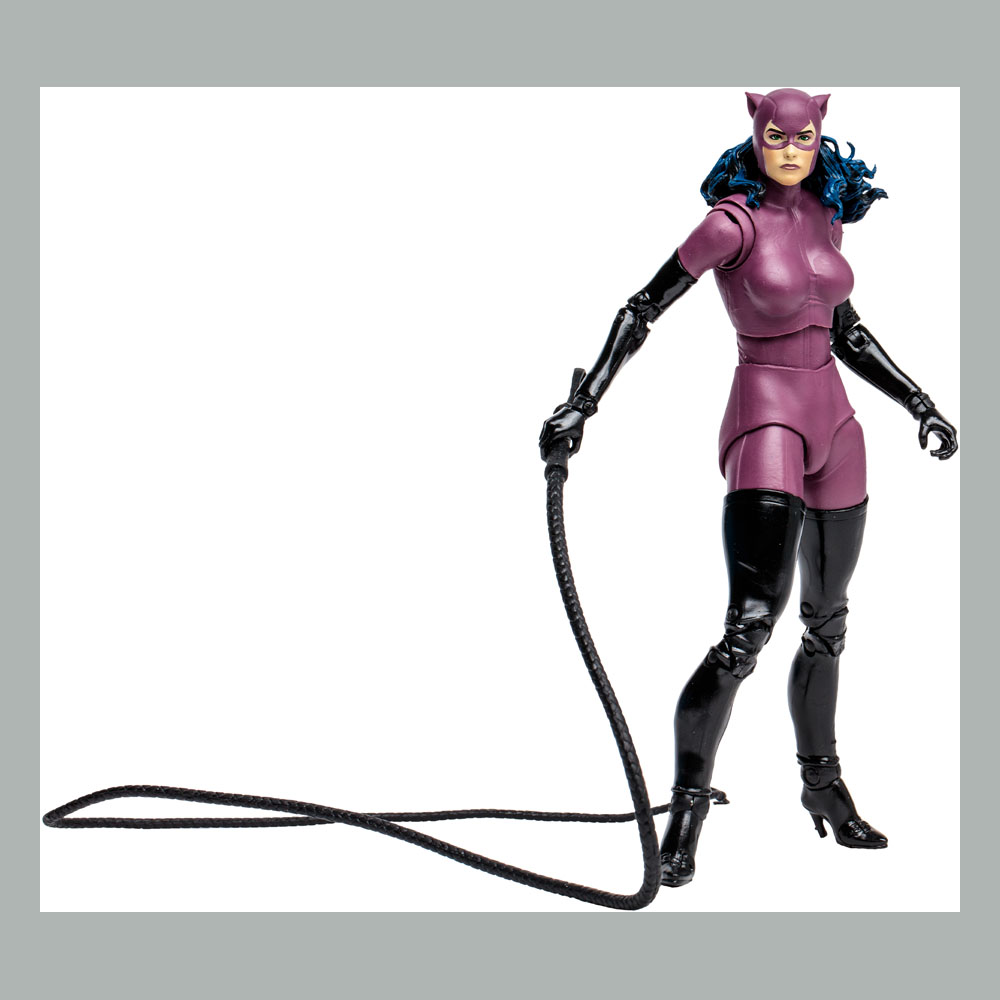 Livrare estimata pentru 06 Feb - 13 Feb
Adauga in cos
Adauga in Wishlist
Descriere: "As an orphan growing up on the streets of Gotham City, Selina Kyle became a thief to survive. After perfecting her skills as a cat burglar, she now wears a catsuit to steal from the corrupt and rich as Catwoman. Unlike most criminals, Catwoman walks the line between good and evil with occasional acts of heroism between heists. Catwoman is a master martial artist and acrobat. As stealthy as a ninja, she's also an expert at breaking and entering. Her bullwhip is her main weapon, alongside claws she uses to scale buildings and scratch enemies. She also flirts with her opponents to distract them-especially Batman."

- Incredibly detailed 7" scale figure based off the DC Multiverse
- Designed with Ultra Articulation with up to 22 moving parts for full range of posing and play
- Catwoman is featured in - her look from the comic series Batman: Knightfall
- Catwoman comes with extra hands, extra long whip and base
- Included collectible art card with figure photography on the front, and character biography on the back