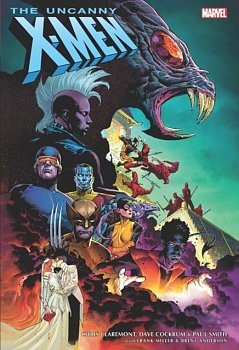 Experience some of the greatest stories the X-Men franchise has to offer! It's milestone after mutant milestone, beginning with the complete Brood Saga! Then, Chris Claremont rises to find perhaps his most poignant and challenging expression of the mutant metaphor in "God Loves, Man Kills." His work with Frank Miller on Wolverine skyrocketed the character's popularity, setting the stage for his breakout as a global icon. And the X-Men classics continue with a look into Professor X's past with Magneto, Kitty Pryde and Colossus' growing romance, Illyana Rasputin's transformation into Magik, chilling encounters with Dracula, Rogue's debut with the X-Men, the first appearance of the Morlocks and the wedding of Cyclops and Madelyne Pryor!