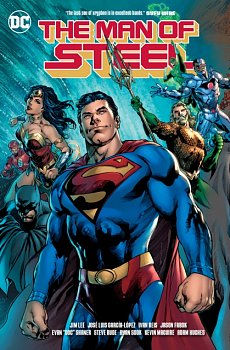 The Man of Steel (Hardcover) (comics)

The Last Son of Krypton is about to meet his home planet's nemesis.

A remorseless killer called Rogol Zaar has arrived on Earth, bringing wide-scale death and destruction in his wake. Only Superman and his cousin, Supergirl, stand between Zaar and the completion of his mission--the utter annihilation of the Kryptonian race.

But even as Kal-El and Kara struggle to contain this new existential threat, the world's greatest superhero faces a completely different challenge in his adopted home city of Metropolis, where Clark Kent still lives and works--but without his wife and son.

The stage is set for a reckoning like nothing Superman has ever faced, and everything that matters to the Man of Steel hangs in the balance!