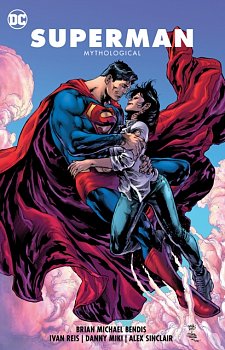 With his secret identity revealed, Superman is under attack!

Over the years, Superman has faced larger-than-life villains. Take Mongul, the intergalactic slaver who runs Warworld, a planet devoted to combat. He and Superman have clashed many times, but never with stakes so high: Mongul is looking to destroy the United Planets and create one federation under his rule, and if he has to decimate Earth in the process, so be it.

Then there is Xanadoth, who has been lying in wait looking to marshal the forces of chaos and order into a single force of evil. She's just been searching for the vessel to make it happen.

Finally, there is a grudge that Superman never knew about: the Synmar Utopica has trained since a very young age to stop the potential threat posed by a Kryptonian living under a yellow sun. Their entire purpose has been to be the perfect guard against the Man of Steel, to stop him from potentially taking over the universe. What ensues is a brawl unlike any Clark Kent has encountered before, taking him through the Phantom Zone and back to the Synmar's home planet.