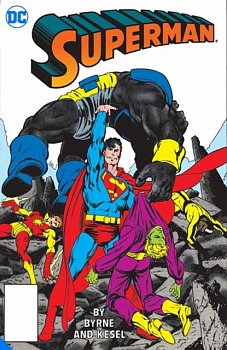 Superman is reinvented from the ground up in this omnibus collection of stories that defined the Man of Steel for decades!

Following the Crisis on Infinite Earths, comic book superstar John Byrne reimagined Superman for a brand-new era. Time has always been complicated, but Superman learns just how true that is when he and the Legion of Super-Heroes are caught in a pocket reality created by the Time Trapper.

Facing off against aliens, gang violence, and super-villains...will Superman be able to do it all? Or will one of his adversaries be a match for our Man of Steel?